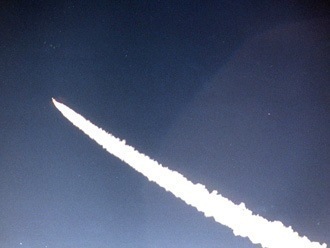 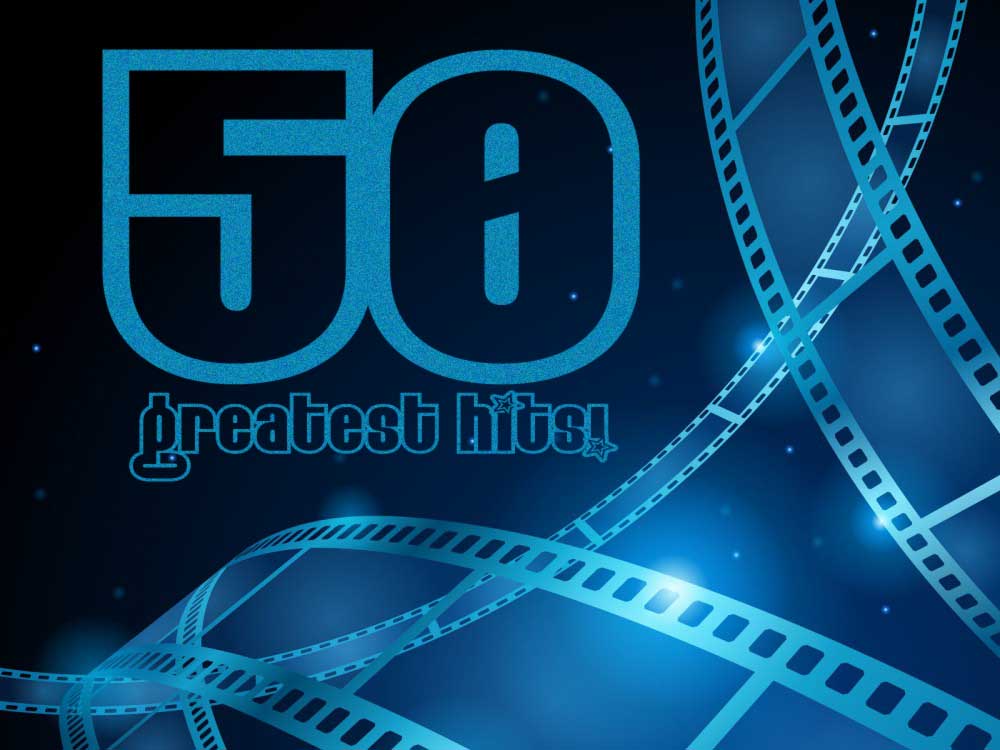 The other day, I was watching THE RIGHT STUFF for the first time in years and a heroic, transcendent moment happened near the end where my heart almost literally jumped out of my breast in amazement, wonder and awe.  I realized how incredible it is that classic films of my generation still hold such remarkable, timeless power and I started thinking about all the other cinematic moments that give me equal chills every time I watch them.  The more I thought, the longer the list became.  And I spent the next little while writing them down as fast as I could, in a weird daze.  What follows here is a strange sort of tone poem, composed of 50 “clips” from my very favorite films, which range from “low” comedy to the most “important” movies ever made.  It’s all great art.  It’s all part of the same song for me.  This is why none of the films are named, and why each clip never exceeds 35 words in length.  Many of them are much shorter.  Hope you enjoy the ride.  It’s been a long one, so far, full of magic and madness and wonder and bad dick jokes.  To wit:

A gnarled man, painted only in nightmare shadows, speaks in a smirking growl as fingers encased in razor blades flick to his face:  “This is god.”

The woman on the beach smiles like some kind of all-knowing angel when Barton asks if she’s in pictures  . . . and she tells him not to be silly.

Steeling himself against his shattered humanity and half-wasted pride in an epic moment of self-realization, Mad Max volunteers to drive the truck.

Annette Benning collapses under the terrible gravity of her long-broken heart, screaming at herself not to be weak—a moment famously captured in just one take.

“I really have to tell you something . . . I love you.”  And with that, Murphy’s last remaining human memory is consumed forever by the machine.

After a guy gets blows up in an outhouse by a grenade, we cut to a black fella snickering behind a nearby bush, as he exclaims robustly: “That dude just took his last crap.”

A grungy, monstrous gunslinger traps a fly in the barrel of his pistol and listens to it buzz inside there, closing his eyes like a child lulled to sleep by a comforting song.

The epic guitars of Queen blast across the sky, as the Army of the Hawkmen descend on war rocket Ajax, declaring open season on Ming The Merciless.

Ace fisherman Quint leans forward in the half-dark, not quite drunk anymore, as he tells the tale of why his tattoo was removed.

Travis Bickle recoils in horror, as Martin Scorsese calmly and sadistically explains in his rear-view mirror what a .44 magnum will do to a woman’s pussy.

Mister Clean lies dead in his commanding officer’s arms, the tape-recorded voice of his mother hovering like a ghost over the boat and the river, sadness without end.

Jackie Gleason knees a guy in the nuts, kicks another one in the ass and says: “That’s an attention-getter.”  Then he tells them not to play with themselves.

Now dead and gone, the ghost of the Phantom still plays his sinister piano calliope, as Paul Williams croons their final requiem, just for “The Hell Of It.”

Fran stares off into space, as the world dies on television before her, quietly musing “It’s really all over isn’t it?”  And then they hear the killing shot from the next room . . .

The battle lost, a terrified young elven boy cowers at the edge of a mountain, his sword falling to shatter like ice on the rocks below, followed by tiny rivers of his blood.

John Travolta closes his eyes and blocks his ears, in a futile attempt to escape his own insanity, as Sally’s final scream echoes forever in the sound mix they created together.

Stella Star walks across a remote beach, picks up something that looks like a bent curtain rod and exclaims that it seems to be a planetary artifact.

Hardly able to contain his laughter, one of the coaches packed in the principal’s office suggests hiring a police sketch artist to identify an incriminating prick.

John Candy, as a sex-starved robot from outer space, locks his middle finger into an obscene gesture and rotates his hand at the wrist until it pops off and flies away.

E.T.’s mom goes on TV as a newscaster and transforms into a werewolf, much to the amazement of many people, one of whom goes on to direct PSYCHO IV.

“It is accomplished.”  And Jesus smiles on the cross as the film breaks, church bells ringing out, Peter Gabriel taking his grand, epic bow in a finale to end all finales.

“We’re all in this together.”  And Harry Tuttle, renegade plumber, dives off the balcony, swallowed up by the uncertainty of a very dark future.

Frank Langella as Skeletor, covered in twenty pounds of latex makeup and chewing every square inch of Shakespearian scenery, goes for an Oscar in the very first scene.

Cleavon Little cheerfully  tells an old granny lady good morning on an old western street and she sourly replies: “Up yours, nigger.”  It will never happen again.  Seriously.

Cleavon Little, rising up against the angry mob, re-names his radio station Kowalski, in honor of a true rebel without a cause.  It will never happen again.  Seriously.

The dream crackles and burns in video static, a remote camera view of the future, showing the face of the woman, reborn as the Bride of the Prince Of Darkness.

Val Kilmer calls every woman in the room an obedient bitch and one of the bitches tosses a drink at him, which he ducks sardonically without missing a beat.

Michael gets his bonus play in the pinball game of life, as Carol falls into his arms once more in slo-mo, forever to be won in an endless dreamer’s dance.

“There’s a fly on the ceiling.”  Don’t look, man.  These vampires will shoot you in the back, then drink your blood from a beer mug.  Everyone in this bar is doomed.

The priest, devastated beyond imagination by this old man’s terrifying confession, holds his cross feebly in his lap, looking to the god of mediocrity for deliverance.

Having beaten senseless the man he came here to apologize to, Otto realizes his mistake with abject horror, beats him up some more, then tries to apologize again.

Louis Gossett Jr. picks a fight with Robert Shaw ten fathoms deep in the sunken wreck of the great ship Goliath and gets his head bitten off by a giant moray eel.

Christan Bale, dressed in white, draws two guns and fires every shot he has left, saving the world from Big Brother . . . and, for the first time, he smiles.

Someone asks Robert Crumb what he’s trying to “get at” with his work and he replies: “Jeeeeezzus . . . I dunno.”

Daredevil space captain Mike Colby saves the last woman left alive on the planet Xarbia by ripping out the mad scientist’s cancerous liver and feeding it to the monster.

God leaves Kevin alone on earth, his parents blown up by Pure Evil, wondering for a moment that stretches to eternity if it was all just a dream . . .

Julia weeps mournfully for her terrible transgression in the room where she once bedded Frank, haunted by disembodied voices that chant her name lustfully.

“He’s saying that life is bullshit and it is, so what are you screaming about?”

His eyes filled with the prize just ahead, Leon fixes joyfully on his future life that will never be, blind to Stansfield as he closes slowly from behind, gun raised . . .

“You’d better do something, you idiot, because in ten minutes you’re going to have a thousand tons of locomotive smashing through Central Station on it’s way to Marshall Field!”

Raising his trophy to the gods, Perseus walks out of the temple victorious, accompanied by an epic music cue, the likes of which may never again be heard.

Torn between loyalty to a dead world and the love of his life, Superman screams into the sky, the voice of his father telling him he is forbidden to interfere in human history.

Napoleon Bonaparte hangs out with the cool young kids, who immediately ditch him at the mall because he’s a dick.

Alice Cooper tries to strangle The Bee Gees and gets a pie in his face, while Peter Frampton attempts to be a hero and electrocutes himself.  No, really.

They’ve got the guns.  They got the money.   Chow Yun Fat and Danny Lee walk out of the blasted church together against all odds, to face their destiny.

Chuck Yeager, the most daring pilot alive, throws caution to the wind, kicks in the afterburners, and makes a break for the sun.