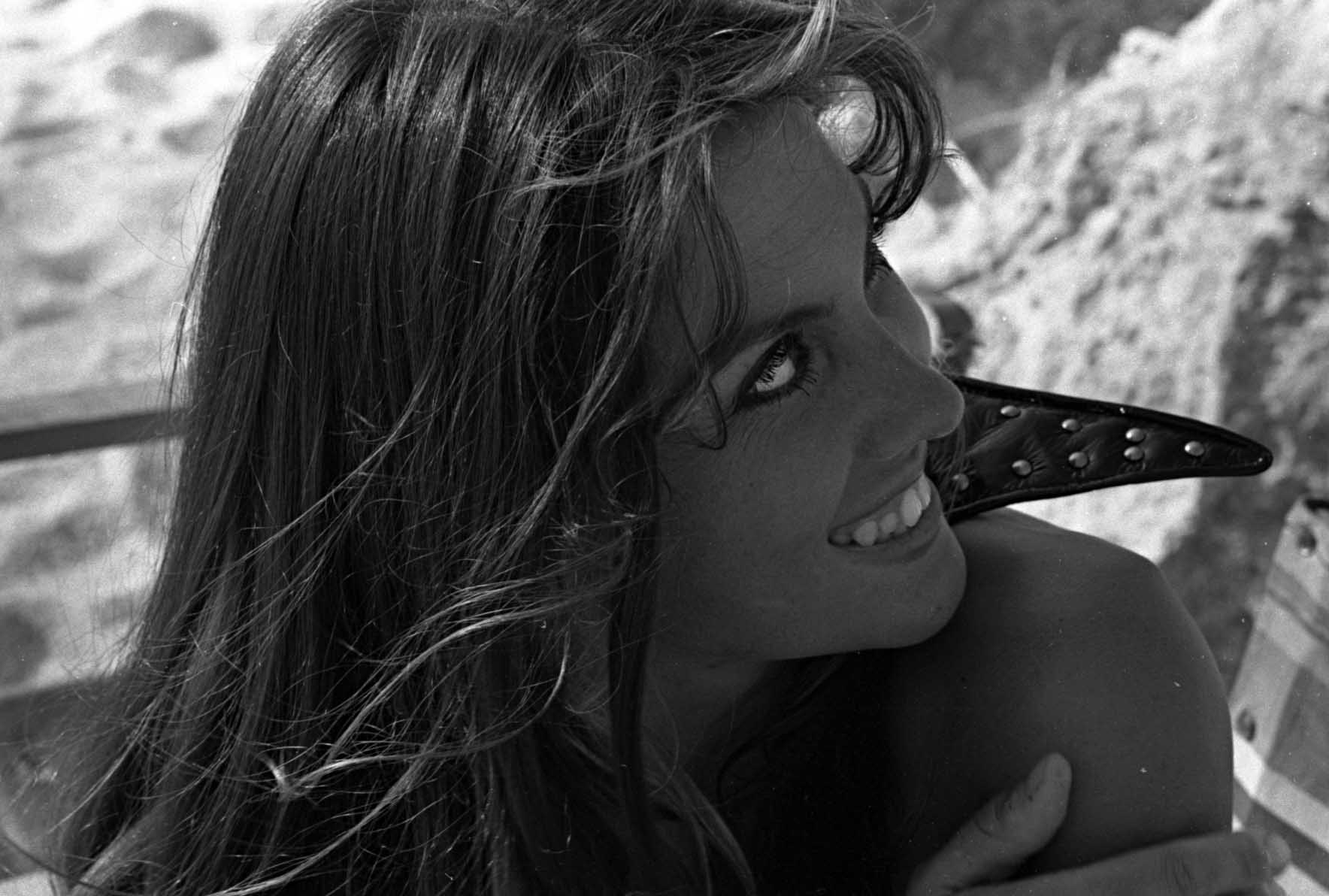 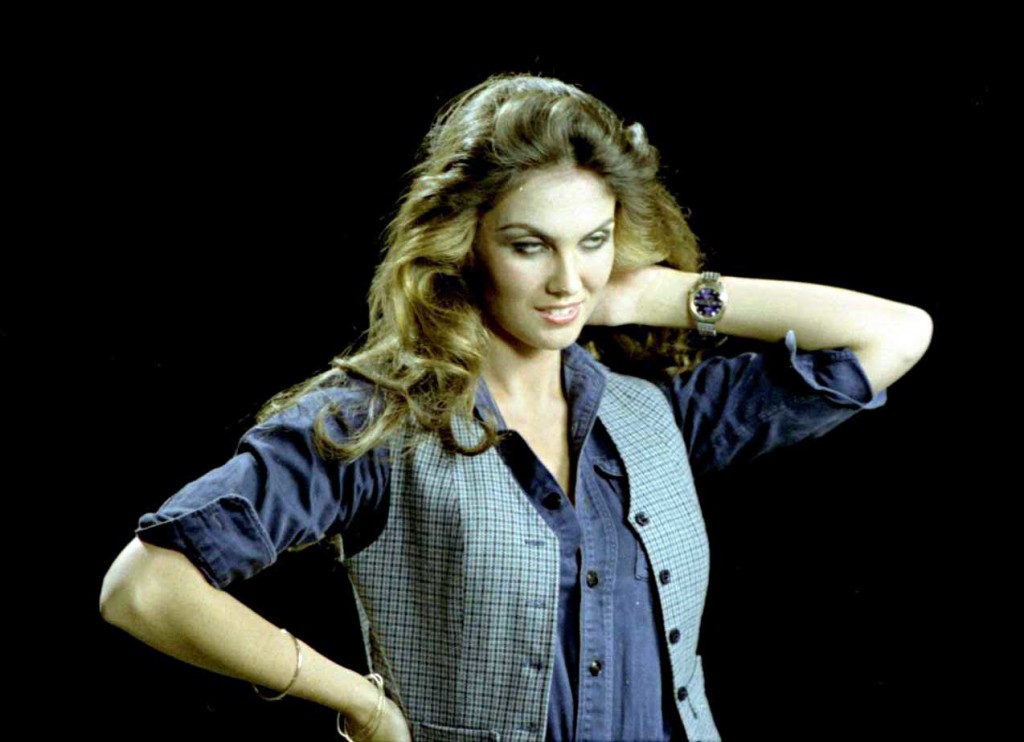 It’s one of the strange perks/quirks of being me.

As a fan and a historian of exploitation film, I am a man with particular tastes and obsessions.  My favorite film of all time (one of five that hold the top spot), is a rather shaggy dog from 1979 entitled STARCRASH, which I once wrote a book about the making of.  The book was never published, but I did get to co-produce the Blu-ray release a few years back. This means I’m not only a psycho-fan, but also a professional appreciator of the movie.   Among the many oddities in my house full of collections is a great pile of CRASH research materials and memorabilia, including original artwork, posters, lobby cards, storyboards, VHS tapes, snail-mail letters from many people who made the movie, an entire hand-written summary of the film’s production by the director himself  . . . and I also happen to own every single still photograph ever taken on the set, archived directly from the original camera negatives.  Scoring that was the equivalent to finding the Lost Ark of the Covenant for a fella like myself.

It is a wild and wonderful thing when you get to pour through a photographic treasure bank full of behind-the-scenes images from your favorite movie of childhood, often recognizing the very shots that were published in those awesome old sci-fi magazines, such as this one, where I was first informed about the film in 1978: 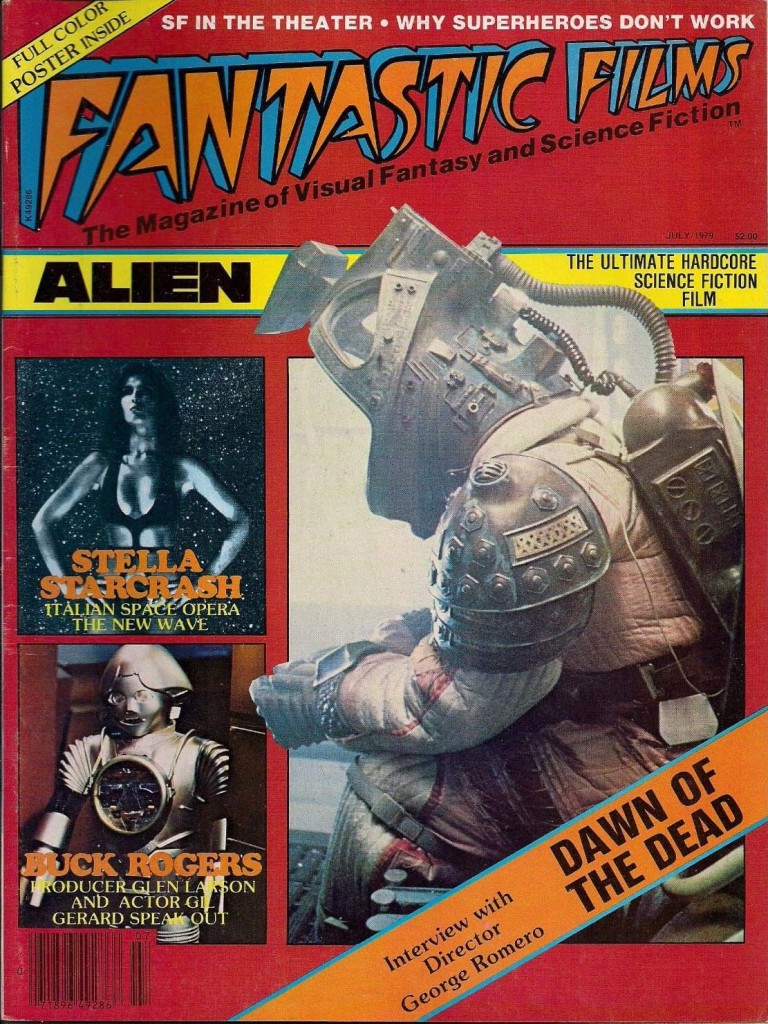 See that photo of Stella in the upper left?  I own the negative of that goddamn photo.

Anyway . . . Stella is the star of STARCRASH, and she is played by Caroline Munro, one of the nicest, prettiest ladies that ever lived.  You’ll find about a zillion photos of her on the internet if you do a Google.  The web nerds are particularly fond of her space bikini from this film.  But you will NOT find that shot of her in civilian clothes at the top of the page, from her visit to the special effects soundstage at Cinecetta in September of 1977.  Nor will you find any of the following, which are very rare and some of my favorite candid moments from the set, during the first three months of principal photography that followed: 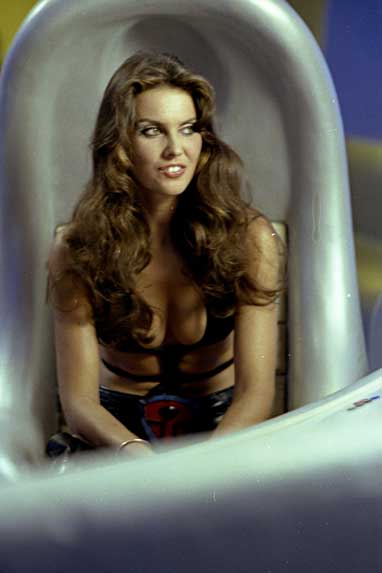 Kathleen Turner once told Carl Reiner that it was impossible to be sexy and goofy at the same time.  She was wrong.

She never says a word in this scene, just smolders a lot.  In real life, Caroline was always laughing . . . 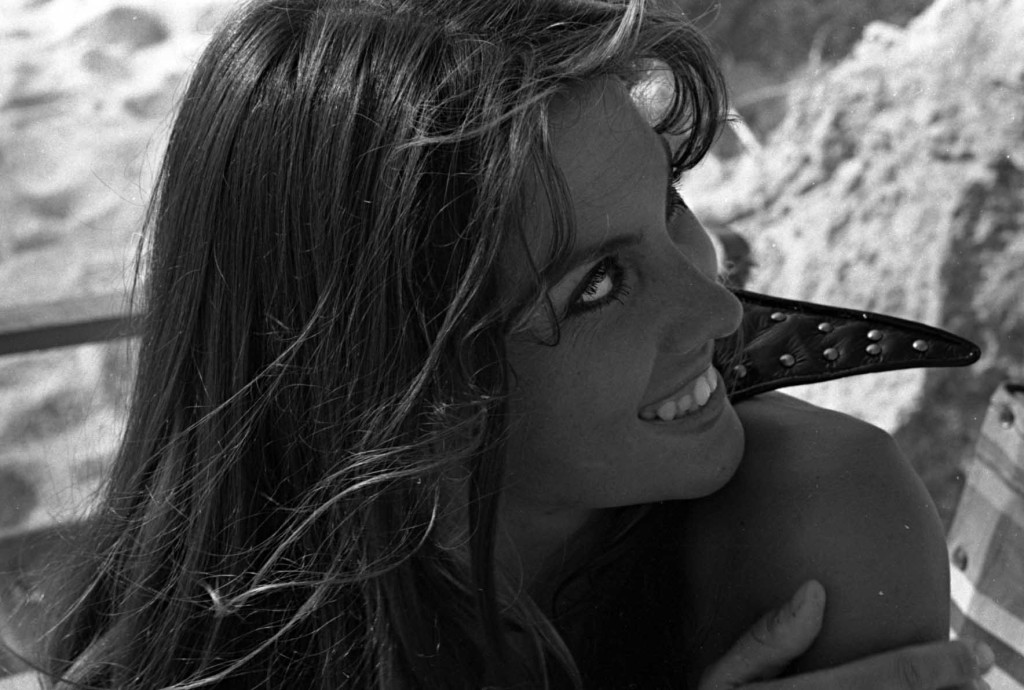 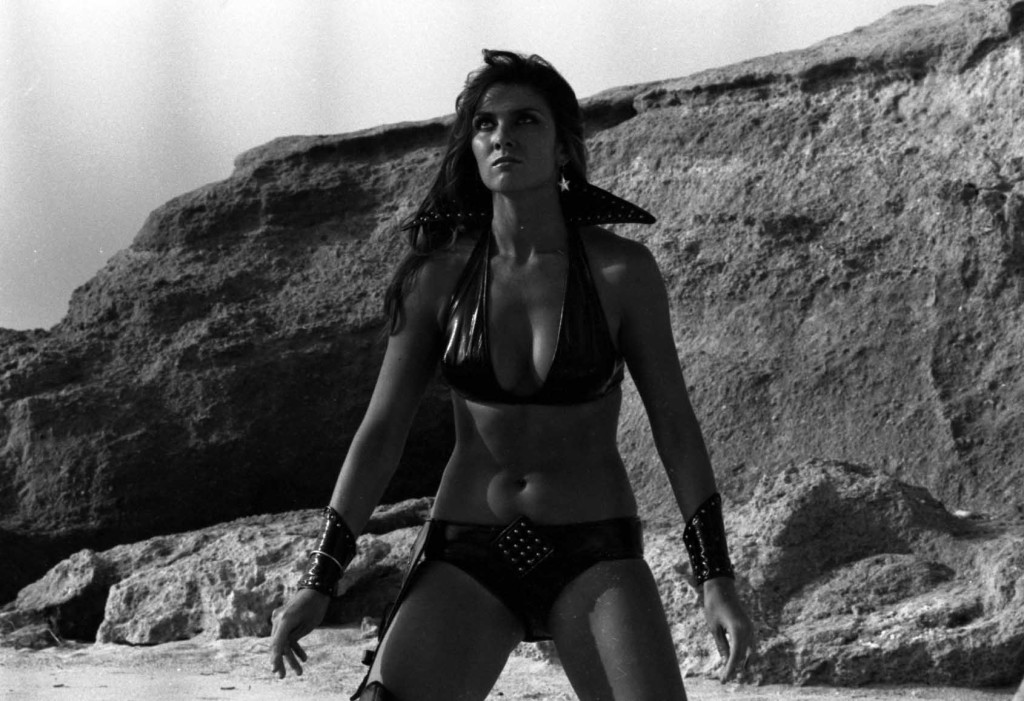 Anyway . . . that’s a tiny preview of what is to come.  Copy them, share them, spread the love.  There will be more in the coming months, as I begin to trot out some previously unpublished excerpts from my book, which is called COMPROMISING HYPSERSPACE.   Stick around.  I’ve even got pictures of David Hasslehoff driving a spaceship. 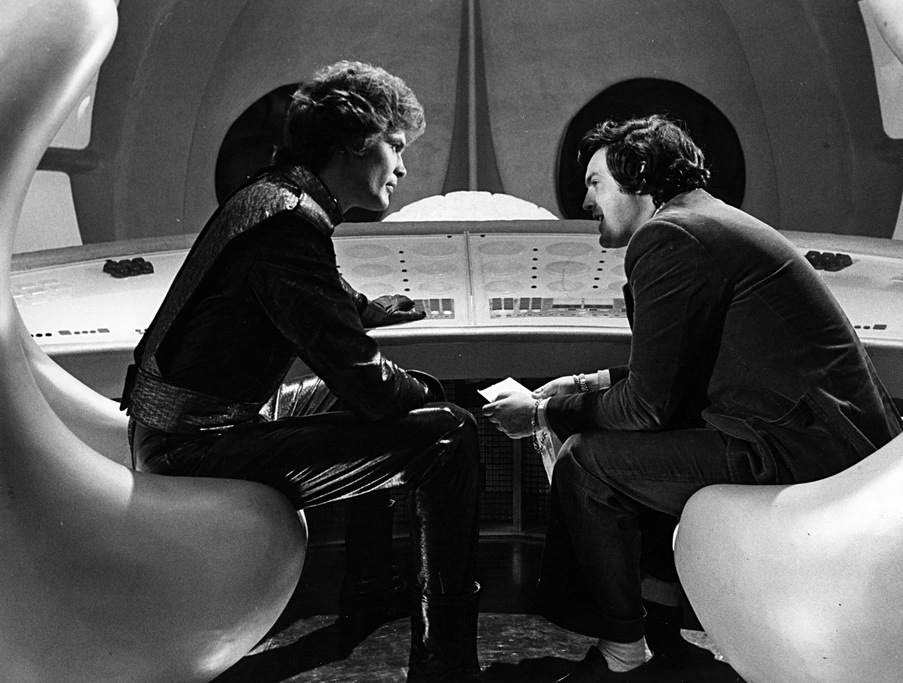 That’s the director, Luigi Cozzi, next to him, explaining what buttons to push.

(He gave me all these pictures by the way.  He’s a really swell guy.)