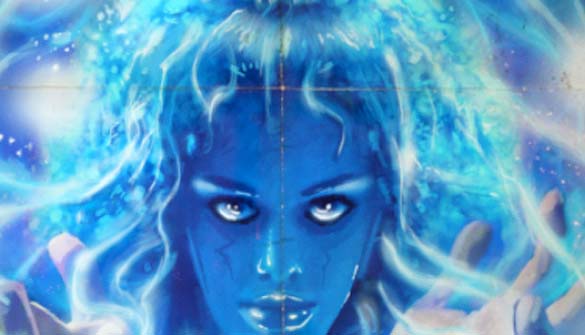 Well, kids, we’re back with another installment of Julia Starchild’s epic tale around the galaxy of low-budget exploitation film production. It’s one of the most unique sequels in the history of sequels, and I wanted to say a few words about what we’re doing here.  And what we’re saying here.  This week’s Julia Starchild is both a comment on why sequels are made at all and a sort of statement about why we often can’t ever “go home” when it comes to these things.

I love sequels.  I’ve even made a number of them myself.  You’d be amazed at how the line of reasoning goes with a lot of people who do the same.  For example, I was once employed as a writer on a film that was to be a follow up to a pretty major horror hit.  (I’m not referring to PHANTASM, in case the die-hards are wondering.) During the writing of this project, which was a year-long development affair not unlike building a house of cards in slow motion on the moon, I was subject to all sorts of “prevailing wisdom” from the higher ups, regarding “The Rules of Sequels,” and all the attendant sub-laws and categories that supposedly govern such endeavors. The first thing, I was told, was that you had to come back to a “familiar formula.” For if the audience plugs into a “franchise” that somehow does not deliver what they expect . . . well, that’s just the whole damn ballgame isn’t it? One of these people actually said to me: “Why do you think the FRIDAY THE 13th films you seem to like so much were so darn successful in the 80s?  Because they followed a formula!”  Obviously, we were aiming for high art here, right?

This line of reasoning was then, and remains, total fucking bullshit.

There should never be any rules for any kind of art, particularly a form of art that follows up ANOTHER PIECE OF POPULAR ARTWORK.  Because if there really are, then what’s the goddamn point?  Why are we here? (And if anyone is wondering why I actually like those formulaic FRIDAY THE 13th movies, well, that’s a whole other ballgame, folks. And it has very little to do with these so-called “rules.” But that’s just me and I DIGRESS.)

In fact, the only real “rules” you should ever think about considering when making a serious sequel to anything are on the following list of why most sequels just plain suck out loud:

1. They are made for all the wrong reasons. Box office numbers. Stars in need of a vehicle. Producers who won’t let go of a dream or a nightmare. (GREASE 2) 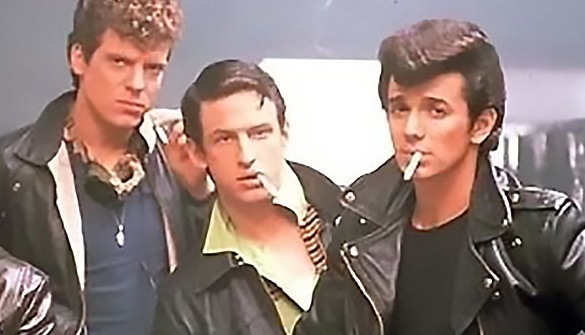 2. They are so heavily “developed” that the intent of the project is smothered and a weird carbon copy emerges that sort of only resembles the thing it’s trying to imitate on a sub-molecular level. (CADDYSHACK 2) 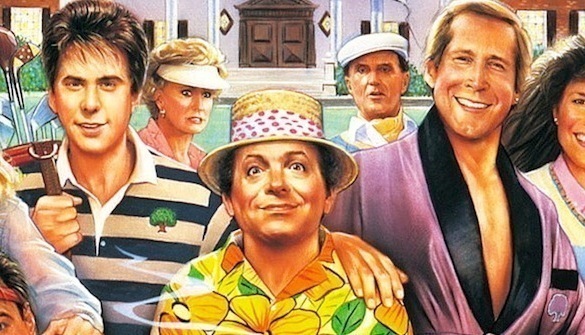 3.They cling so closely to the plot milestones of the original that virtually nothing surprising or even interesting happens, no matter how slickly updated it all is. (HALLOWEEN 2) 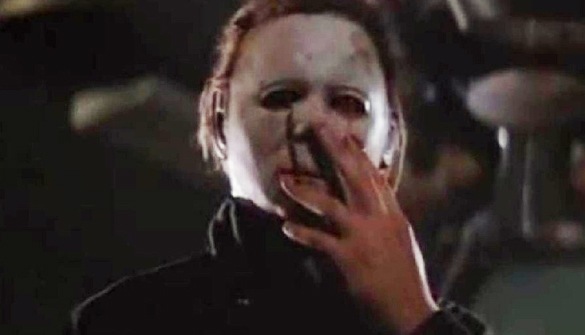 4. There is a sort of alchemy that the best, most “serious” films possess. It is an alchemy that is brought into existence by way of a series of happy accidents and a complex process of planning, organizing the right talent and just plain sweating through it. The film changes radically at every stage along the way. It is shaped and reshaped in shooting and editing and post.  The results are what we see in the final film, and it can be incredible magic. When a sequel goes in at the script stage trying to imitate such magic, it already has two strikes against it. This makes the very institution of sequels a doomed one, and the only way around it is to create a fresh take that truly stands alone as its own film, or series of films. This is what the best and most rarified Part 2 movies have attempted, and what makes them not only the finest examples of serial storytelling but also a few of the best movies ever made.  Those movies, in my opinion, are the following TOP FIVE. 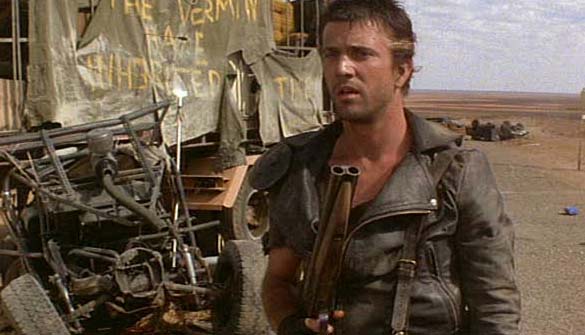 THE ROAD WARRIOR.  I always refer to this film by its original American release title, rather than the clumsier, dumber MAD MAX 2, not just because it sounds better (and it does), but because it speaks to the re-building of mythology that this film miraculously attempted in 1982, which not only sets it completely apart from the first MAD MAX, but created a whole new battleground and worldview, taking the best elements of the original and expanding them into a template that defined a whole new sub-genre of sci-fi wasteland apocalypse cinema, which is still revered and worked in to this day. The epic tropes on display here and the deeply personal storytelling shift is so ambitious and spectacularly achieved that it places the story in an almost completely different genre of film, free and clear of the original’s smaller sleazier revenge-movie ambitions.  This elevates THE ROAD WARRIOR to mythic status and makes it an entirely new thing.  And if that’s not good casebook law for your Sequel Rulebook, I have no idea what should be. 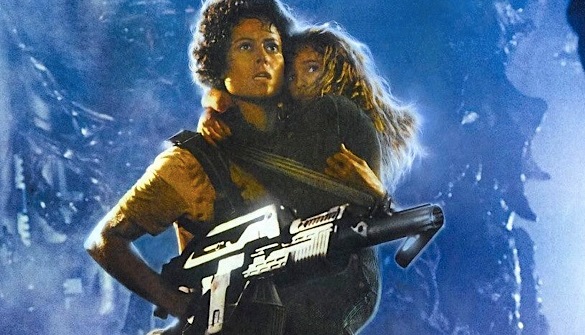 ALIENS. This film is less successful in throwing off the chains that connect it to the original film. In fact, the script is rather an unoriginal mess, aping way too much plot from ALIEN.  But what it does get right, it gets really right.  It is a film seeking a fresh point of view and personality, far different from the intent and tone of the original, and it brings new blood into the story by expanding and building on the nature of the monsters. This was an ingenious move on the part of its writer and director James Cameron, who probably realized it would be difficult to make people truly scared of these iconic creatures as was done before. The solution was to keep things creepy up front, then hit ’em hard with an exciting new angle. As a result ALIENS has one of the slowest first-stage burns in genre movie history, with the monsters really only striking well over an hour into the picture.  That it holds our attention as well as it does until then is a mark of its sure hand, and when we suddenly realize we are watching a sequel to a horror movie that isn’t a horror movie at all, but a war film, the subtle genre switch kicks in the afterburners and delivers a film probably at least ten years ahead of it time, with a hugely ambitious third act that is still referenced and imitated three decades later. It might not be the smartest sequel, but it may be the boldest and most progressive of all time. 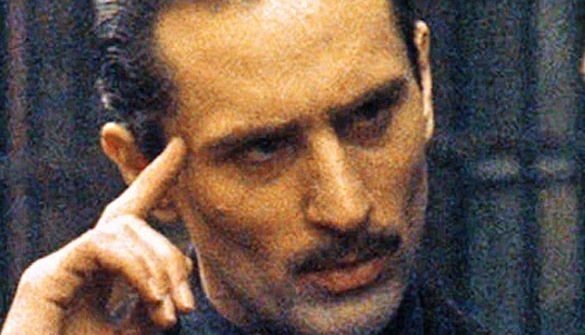 GODFATHER PART 2. Again, there are familiar tropes at play, and even an ending that closely mirrors the original. But the building of a world continues with an audacious, firm control over the subject matter, dealing new characters, new dangers and new situations into the mix. It feels less like an exploitive follow-up and and more like the further life and times of Michael Corleone, interspscered with all new family backstory in a narrative structure that is different from the first film and (for its day) bracingly original. It doesn’t feel like THE GODFATHER.  It feels like it’s own thing.  And yet it’s very much a part of a larger whole. This is also the only sequel in the history of movies to win the Oscar for Best Picture right on the heels of its predecessor, a film which also won the same honor. It was a double-whammy that set up Francis Coppola’s empire, which rapidly dashed itself on the rocks as the legendary director continued “thinking outside the box,” producing films that were as visionary as they were totally uncommercial. That one of the best sequels in the history of film was made by a man with such eccentric priorities may somehow speak to to the condition of the movie industry in general, and should be a lesson both learned from and built upon.  As in: 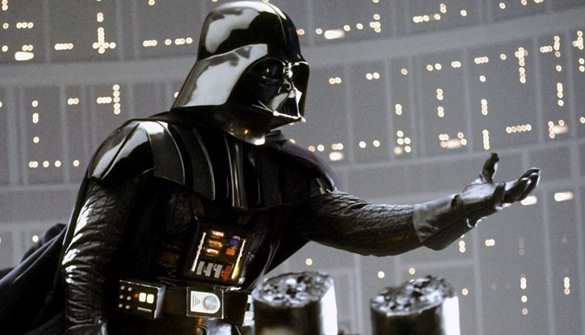 THE EMPIRE STRIKES BACK. Within its own story and mythology, I have always felt that this first STAR WARS sequel made a great many mistakes which hurt the ongoing series of films.  BUT.  In terms of creating a sequel, this film, as a stand alone item, is quite brilliant in and of itself. As we have discussed, a successful sequel establishes its own identity. It doesn’t simply trade on expectations. In fact, EMPIRE subverts and perverts expectations so audaciously that it comes this close to a form of directorial sadism. The familiar heroic characters are placed in harrowing situations, while new characters are strongly defined and important to the narrative. The villains are bolder and more nasty. Reversals and stunning revelations abound. The story is left on a series of terrifying question marks as Luke Skywalker staggers off to lick his wounds. Even the more accomplished visual style of the film seems to take everything so dead seriously that its deeper intentions cannot be denied. And, in doing a serial-narrative trick never attempted before at this kind of high level, EMPIRE achieved something truly unique. It managed to spin an entire multi-generational film saga off just this one movie, creating a post-modern mythology that is both deeply elementally flawed and possibly the most beloved and lasting epic saga in the history of movies. 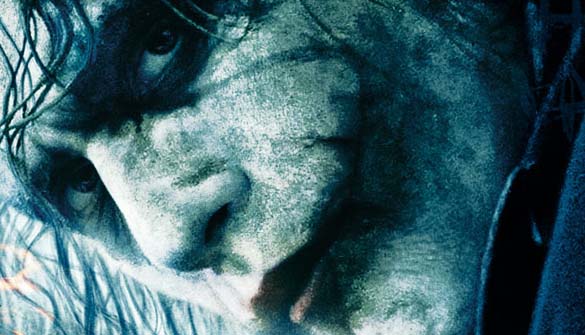 THE DARK KNIGHT. Following along EMPIRE’s similar trajectory, this great superhero sequel to BATMAN BEGINS also assumes an automatic familiarity with its attendant characters and parameters, yet develops a totally distinct and original personality, far separate from its father film.  It deploys new characters, story lines (and, also like EMPIRE, establishes a unique-unto-itself visual style) to create something very different, not aping plot devices or familiar story mechanisms, but blowing our mind with the horrific lows these characters can sink to and the brilliant skullduggery they engage in. It’s a dark, DARK number indeed and one of the great anomalies, not just in sequels, but in superhero cinema in general. It will be a very long time before something this confident and original shambles out of the current bog of overhyped and formulaic comic book movies.  It seems there is also a set of “rules” for those films. Which is a shame.  Because this film follows almost none of them.  And it’s one of the greatest movies of all time.

So what does Julia Starchild have to say about all this?

She has a history and a story that comments on all of the above and more. 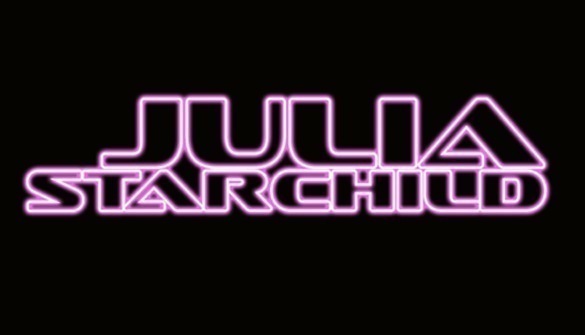 Peace in the galaxy!

NOTE: Because, like THE EMPIRE STRIKES BACK, Julia Starchild 2 is part of a serial that assumes an automatic familiarity with its characters and situations, you might want to review the original before reading.  Enjoy!