Well, METRO’s been on the street for two weeks.

And we’ve had a great time at The Kingdom, haven’t we?

I’d like to take a few moments to thank all my awesome old buddies for chiming in at this special Express series, and express my absolute incredulity that a nearly a whole year has gone by since last Halloween.   Yes, kids, we’re almost there again, and as some of you might recall, I watched more than a HUNDRED horror films last year with my amazing pals to celebrate the season.  I don’t think we’ll be as crazy this time, because time and life has become a lot more precious in recent months.  I am finally able to work at a productive level and I need to work a lot now to get my career on track again.  Some of you may recall that I was run over by a truck last year, which has . . . umm, set me back, to say the least.  But I’m still in there punching, doing the best I can.  I was somehow able to pull off Retro 13 and the rewrite of METRO and their attendant blog series accompaniments, and now I am moving forward to even more and awesome projects.  This means less time for The Express, but not to worry.  I’ll be posting some awesomeness over at Dread Central in October, all about my experiences in the PHANTASM universe.  It’s a subject I’ve kept a great deal of silence on over the years, due to certain loyalties and such, but I think it’s finally time to have a little fun and share a few secrets.  And there’s still a few surprises in the works over at Camp Phantasm, kids.  With any luck, we’ll be sharing those developments with you soon.  I’ll also have some updates on the new Fulci comic series I’m starting with my old buddies at Rotten Cotton, as well as our psychotic collaboration on BOTTOMFEEDER.

So it’s time to get back to work, kids.

And say our farewells to The Kingdom.

To Bryan and Scott, Rob and Joe, Teighlor and Marc and Chris and all the fine citizens who partied hard and nerded out with us back in the day, I say this:  THANK YOU for being there.  THANK YOU for being my friends.  My life would be a very lonely and far less entertaining place without you.  And for those among my fans (all ten of them) who are interested, here is a fun Where are they Now? rundown:

Bryan, in the years after the Kingdom, sailed the seven seas and saw the world as a video technician on a cruise liner for many years.  In his adventures, he met his wife Ola, a Polish violinist, and they settled back in Austin, where he is now a novelist, hard at work on his first two books.  One of them is about Dracula.  It’s a killer.

Scott actually left The Kingdom because he became “responsible,” with a top-secret job in the service of the State.  I won’t tell you exactly what old Scott does for a living these days, but let’s just say it’s VERY IMPORTANT.  Scott is also working on his first novel.  We hang out all the time.  In fact, in just a few days, we’re going to see legendary composer Fabio Frizzi play a live music set in an old gothic church.  Hot fucking damn.

Robert is a video technician also, full-time, and was married in recent years to his sweetheart of nearly a decade.  They had their first child last year.  Her name is Charlie.  One of the most devoted film nuts among us, Rob owns the most amazing home theater system I’ve even seen.  An HD projector with a GIANT screen that fills his backyard on Movie Nights.  This Halloween, he plans on finally showing PHANTOM OF THE PARADISE.  Hot fucking double damn.

Joe had not one, but TWO kids–both at the same time!  His twin daughters are a precious handful and fill his and his wife Lisa’s world with noise, chaos, laughter and happiness.   He met Lisa at The Kingdom, by the way.  She dated Rob first.  Joe and I are currently brainstorming a very cool project together.  Be very afraid.  Meanwhile, he continues his daughters’ film education weekly.  They are currently obsessed with THE MONSTER CLUB.  (“Wolfman’s got NARDS!”)  Read all about it here:

Teighlor was my ladylove for a number of years after The Kingdom.  She now lives with her soon-to-be-husband and two dogs, whom she dotes on like children. They currently live right down the street from me in Austin, but they plan to move to LA very soon. Teighlor has published a number of things online and is hard at work on many stories, books and life projects.  She is a regular member of our online movie chat group, which we still haven’t named in three straight years.  Teighlor is absolutely unique in my world.  Of all the ladies I have loved, she remains in my life as a devoted and loyal friend, and a friend to all.  Chuck Palahniuk had something to do with that, by the way.  Not his books.  The man himself.  Someday I’ll tell the story to you, here at The Express . . .

Someone quizzed me recently on the characters of METRO.  Specifically, I was asked if the character of Mark was based on me and if I was really a drug dealer/super assassin.  Obviously, the answer is no.  To all the above.  METRO is a work of fiction, and NONE of the characters in that book are real people.  The Kingdom itself was indeed a real PLACE.  But the people in METRO are the product of a dark fantasy world, one I invented to tell the truth about a few other things.  I’d like to point out that one of the main reasons for this blog series was–in addition to having some nostalgia fun and sharing some cool sights and stories–to show you, dear reader, that there is always a big dif between life and art.  The real citizens of The Kingdom were the wellspring of my youth and the light of my life.  The citizens of METRO are doomed, desperate players in a rigged game, destined to become very important movers in the history of the world, through a wringer of revelation, violence and love.  They are the sacrifice that must be made so that people like us can go on being friends.  I think a lot of important art tends to be about sacrifice.  It’s one of the reasons why the myths of religion are so popular.

METRO is much more than a series of violent episodes.  It is a truthful story about a change in the world.  I hope you read it.  I hope you love it.  I hope those ideas inspire you, through the darkness.  I hope you understand that those people are not real.

My characters are never real.  They are sacrifices.

Meanwhile . . . make your own Kingdom, kids.

And fill it with love.

Because love is all we have to save the world. 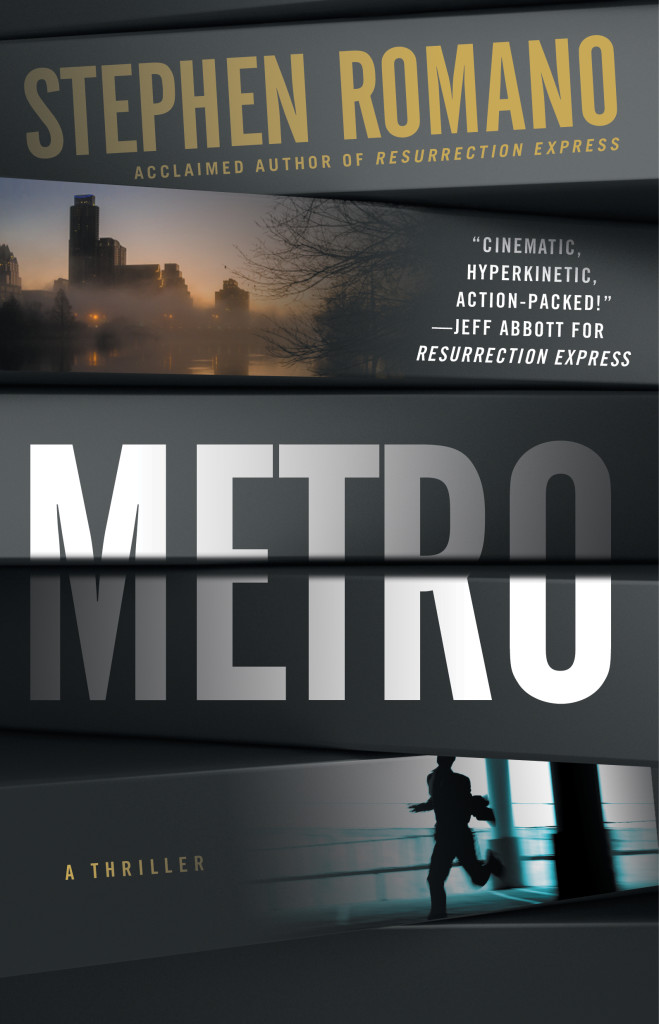