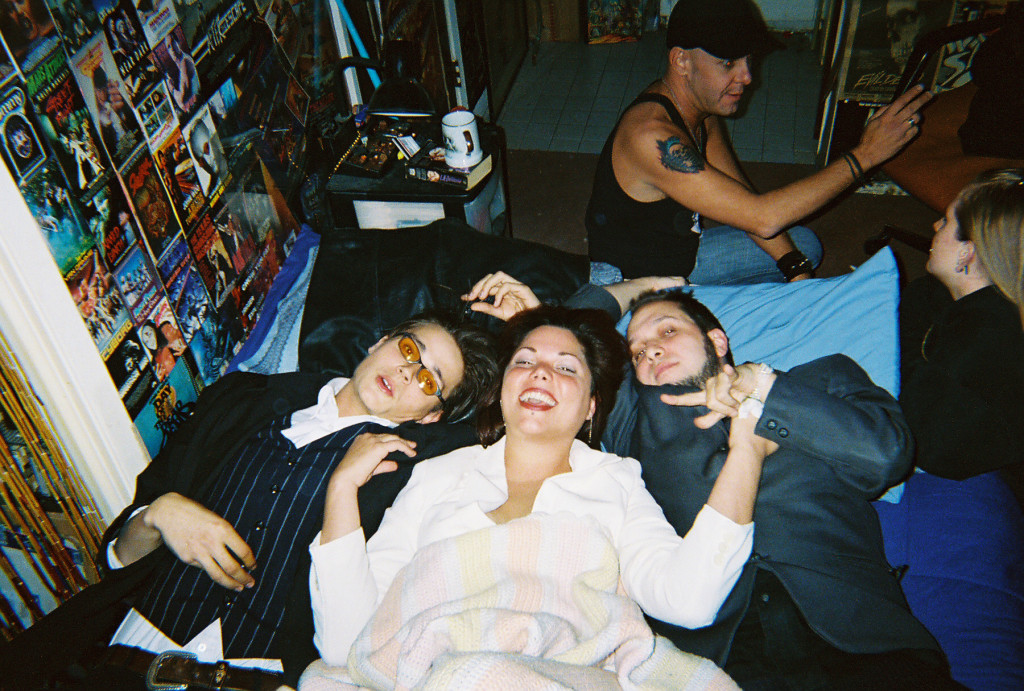 It’s one of my favorite images of The Kingdom.  I’m in there somewhere.  The lady in white was was very special.  In the final days of the Kingdom, she was literally crowned its Princess.  And I DO mean literally, folks,  I actually gave her a crown and said, “You are now the Princess of The Kingdom.”  Fun times.  But don’t take my word for it.  Teighlor is here to tell you what the place meant to her, in her own words.  They are awesome words.  Listen.

Oh, and one other thing . . . because our awesome Princess has elected to describe many of her subjects in such swift, poetic language, this episode of Remember The Kingdom will NOT be illustrated (mostly) with photos of the place, as usual.  I’ve made this decision, so as not to prejudice you, dear reader, in terms of what those faces actually look like.  Because we’re not looking with our eyes (mostly) this week.  We’re in heart land, folks.  Surfing the wave.  Check it out one time, won’t you?

Dreams of the Kingdom Part 1

“What is the appropriate behavior for a man or a woman in the midst of this world, where each person is clinging to his piece of debris? What’s the proper salutation between people as they pass each other in this flood?” — Buddha

Almost everything I like about myself now, at 37 years old, is due at least in part to my time at The Kingdom. There I discovered the dynamic intersection of art and partying, a phenomenon I’d only read about up until then. Bukowski, Joplin, Wallace, Hendrix, Thompson, et al. Until I found The Kingdom I’d never encountered people who were resolved to be artists and tightrope-skipping animals—who thought nothing strange of it. It was at The Kingdom that I found my voice.

And I haven’t shut the fuck up ever since.

All my life I suspected that my world outlook was unusual. “Maybe I’m fooling myself,” I once thought. “I’m probably just a misanthrope.” I might’ve continued functioning under the delusion that this feeling was just a strange background noise to be ignored…if I’d never found The Kingdom.

Many young adults struggle to find their people. I’ve never had trouble making friends, but connecting on a deeper level with people who really grok my POV—this can be very tricky business. Aside from a couple notable exceptions (like my best friend since high school), I spent the first half of my twenties in low-risk, low-reward friendships. I “papered the audience” of my social life with dozens of default pals to make sure the laugh track never fell silent. I knew I was doing it, and it didn’t feel right. I was too busy getting shithammered drunk at every opportunity to really grasp how badly I needed to find my people—a remarkable tribe to which I could belong in a way I never experienced with family.

In 2004, during a period of radical transition—I’d just gone through a major breakup, moved houses, and was trying to figure out what the hell to do with my life—a friend introduced me to MySpace. You laugh now. But MySpace back then was AWESOME. Social media was getting its first real foothold in the collective conscious, and I was instantly hooked. It didn’t hurt that I was newly single and looking to mingle get laid. On MySpace I met dozens of cool people, some of whom I’m still good friends with today. One of those people was Stephen Romano.

Stephen was not only a romantic prospect at the time, our meeting would become one of only a few pivotal moments in my life. We’re no longer involved in that way, but we’re close friends, forever connected by the impact we had on each other’s lives. Not long after we met, I was welcomed—cautiously at first, then with alacrity—into The Kingdom.

To the layperson, The Kingdom was a duplex on the south side of Austin, Texas. To anyone who ever lived, partied, or woke up confused there, it was so much more. When you stood outside the front door—accessible only by walking past a six-foot tall brick wall, behind which you could find gods or monsters lurking, depending on the day—it just looks like an average, humble little home. Once that front door opens, the building defies physics by suddenly feeling twice the size you’d anticipated. The front door was a wormhole to capricious dimensions: you never knew what the night might bring, who’d be stopping by, and bringing what substances, CDs, movies, or just-met conquests.

The walls were covered in artwork in the same way Donald Trump is covered in asshole—which is to say, there’s no distinction between the two. The house was itself a living art installation. There was no distinction between “high” and “low” art. To say there were a lot of movie posters is like saying there’s a lot of water in the ocean. If I were to begin naming posters, the velocity of my enthusiasm would carry me away. And the fireplace—AKA TV Hole—wow. Atop the mantle lived dozens and dozens of knick-knacks and sigils and toys and photos and improvisational drugged out crafts projects. Now, this might sound like somewhere chaotic, and there was chaos to be sure. But, the aesthetic was deeply intentional. Nothing about the appearance was accidental, aside from the filth, which was abundant yet somehow not terribly problematic.

I never saw the walls behind the posters, so the only proof I had that they even existed was . . . The Creature.

In truth, The Creature isn’t accurate. Like the fabled rat kings of New York City’s sewers, The Creature was probably comprised of somewhere between three and three-hundred raccoons, squirrels, chupacabras—what have you. All I know is, when you’re coming down off drugs beside a sunbeam showcasing an ashtray, there’s no more unwelcome sound than the SKREET SKREET of The Creature. Many nights I worried it would tear through the ceiling and claw my brain out through my pinhole pupils.

Like the art on the walls, I could go on and on about the people. I met so many fascinating, infuriating, sexy, irritating, enchanting, talented people, it’s a wonder I even went home for showers. Instead of naming them, I’ve created my own archetypes to represent just a few of them…

The Sexual Jester in Auriferous Specs

The Half Mirror Man with the Christmas Lights Heart

Tender the Lion Who Stands at the Gates

Warmest Eyes, the Protector of Secrets

Artisan the Ancient, Bringer of Blues

Cardinal the Firegirl on Everyone’s Mind

Sees You Better, the Conscience in Synthetic Revelations

The Serenading Painter on a Crowded Earth

These people were and are brilliant, unbelievably funny, great enthusiasts, loving, affectionate, surprising, talented, capable of frightening the shit out of me or saving my soul. Never in my life have I seen so many people care so much. About what?

When I think back to the pre-Kingdom era, I’m ashamed of how long I spent posing. Trying to present an appealing image to gain the favor of strangers. Before, I’d never felt at ease being fully, vigorously myself. But, at The Kingdom there was this tacit, solemn agreement that we all had to completely, almost violently commit to exposing our truest selves. Anything less would be handily sniffed out like a fart in a car. The environment hummed with kinetic creativity and expanded to accommodate the pathos that accompanies young passion like a funky bass riff.

The Kingdom existed in layers, like dreams in the movie INCEPTION. None were truer than the others, but sometimes you had to “ride the kick” until reality remade itself. The first layer was what you saw when standing outside the house. Second, the sober experience of the Kingdom’s feral exhibition. Ride the kick further down and you arrive in an ephemeral suspension of space and time, brought about by sex or drugs or confessions of admiration or ferocious arguments or hysterical laughter, or maybe all of those at once. I remember more detail about any given night at The Kingdom than I do for some entire years. And that is the final layer: the place in your memory where The Kingdom lives…a little burning campfire in a place that never rains. If I let myself, I could dissolve into those memories, watch every molecule in my body transfused by its essence.

And the essence of The Kingdom was the people. The love and fellowship were as real and invisible as the walls.

I could say I found myself there.

I found my people. 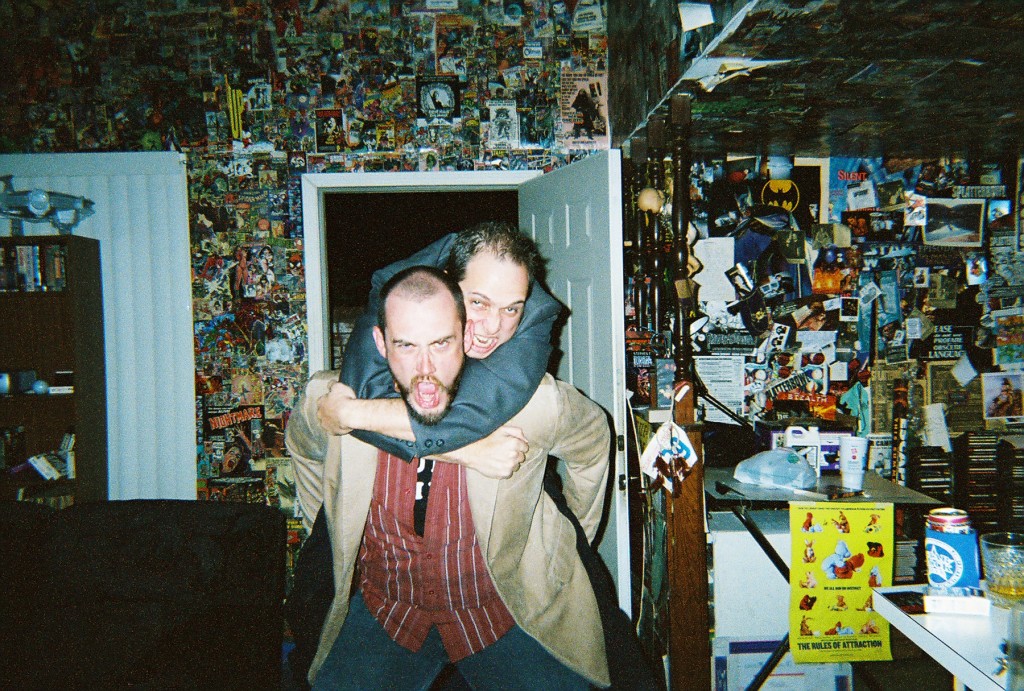 And wow, T.  Just Wow.  This is Stephen again, with the wrap up.  Teighlor’s beautiful remembrance reminds me of something a friend once said to me about the movie BARBARELLA: “If you don’t think that film is amazing, you’ve not grown a soul yet.”  Apply that to this week’s blog and and I think that’s all I need to add.  Besides, of course . . .

Thank you, Teighlor.  For being my friend and our beloved Princess.  It was an epic journey.

See ya next week, for more KINGDOM MADNESS . . .