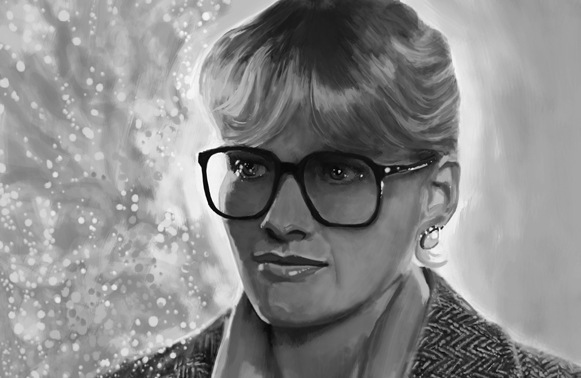 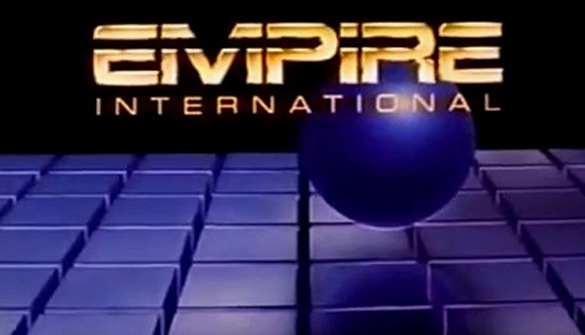 If you were alive and a child in the 1980s, you were fan of at least one Empire International film.  I was a fan of almost all of them, even the worst crap they churned out.  Here are my top ten favorites: 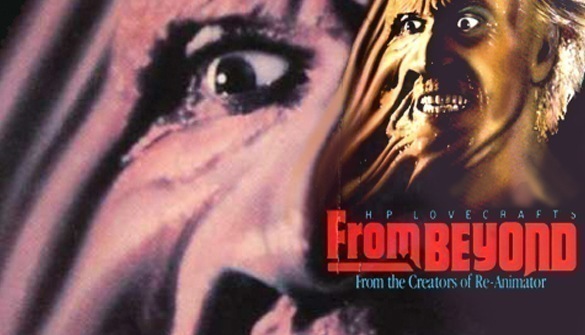 Mad Scientists create gateway to other dimension that make you want to fuck each other and eat brains. 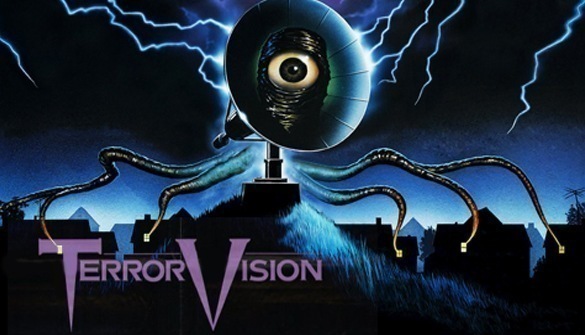 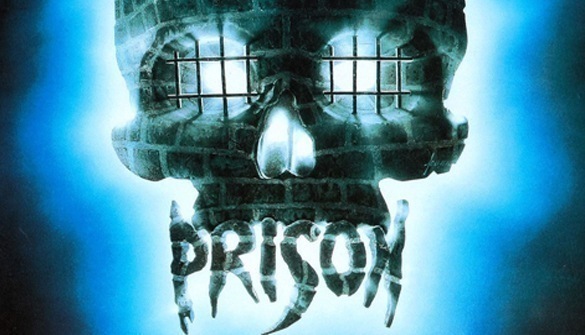 Electro-charged ghost killer raises hell in a condemned penitentiary where the warden tortures the convicts by burning their mattresses. 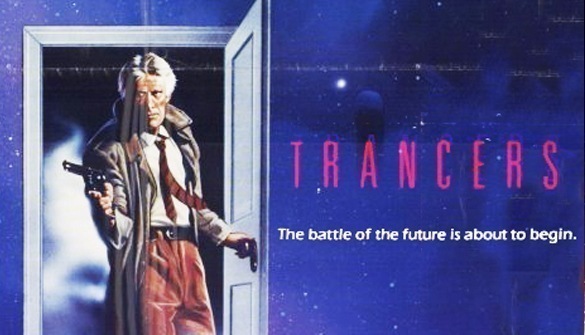 Jack Deth, trooper from the future “leaps” into the body of his ancestor in 1985 to save the world. Um. Anyone ever see Quantum Leap? 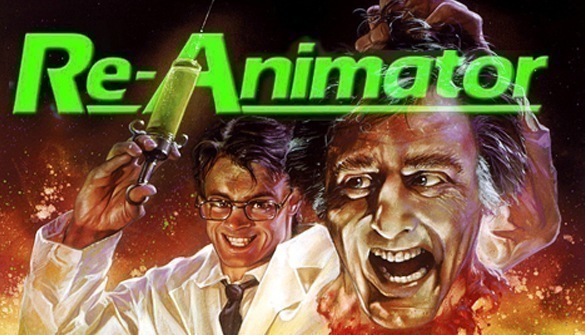 Herbert West has a really good head on his shoulders . . . and another one in a dish on his desk! 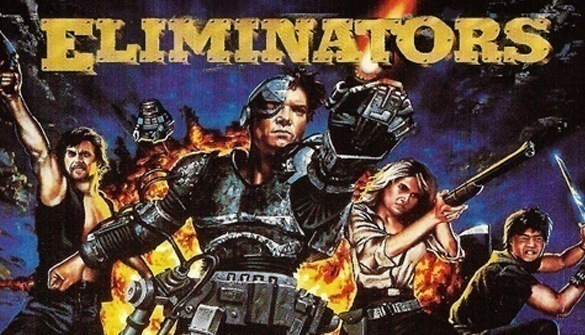 The world is saved by a sexy scientst from STAR TREK, a super ninja from the bargain rack, a monosyllabic “Mandroid” mounted on a tractor, and a guy who drives a boat. 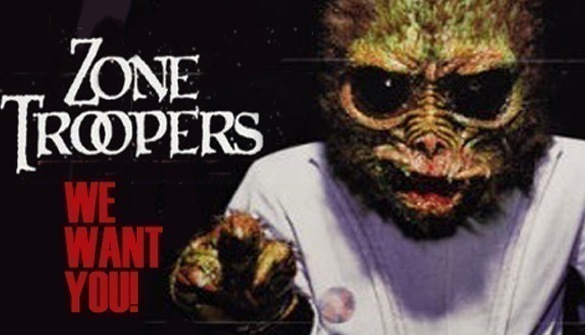 Whacky aliens meet The Iron Sarge, while Timothy Van Patten makes out with a hologram and his buddy punches out Adolf Hitler.  No, seriously. 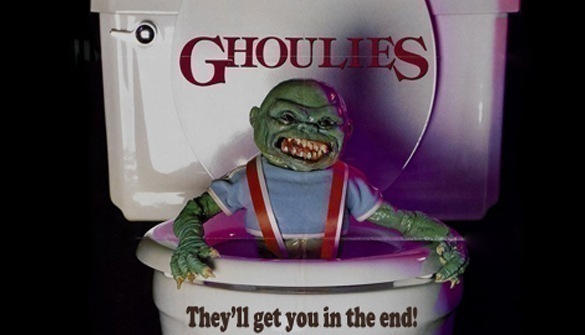 Why is this on my list?  The poster, man. One of the best, cheapest jokes in all of exploitation cinema history. 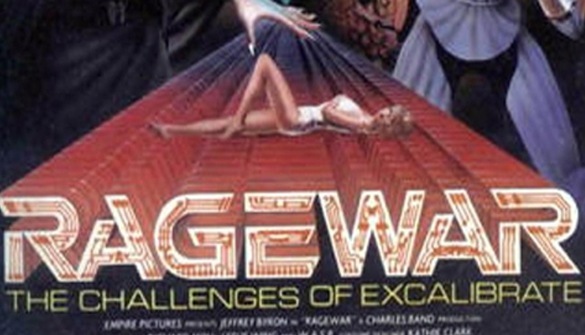 A truly glorious exploitation train wreck that is not one, but FIVE incredibly awesome and outrageously dumb genre films all in one–plus Richard Moll as the bad guy.  What’s not to like? 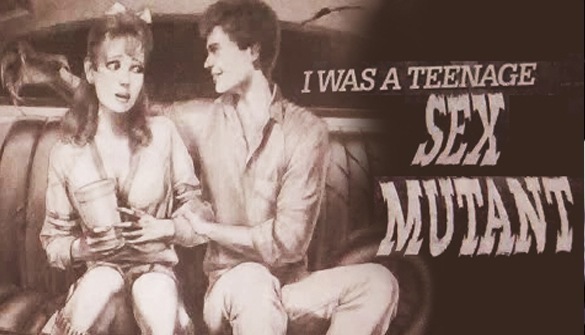 Typical 1980s teen sex coming-of-age comedy, only the guy has a tentacle thingy on his head that makes girls wanna fuck him.  Sort of like FROM BEYOND . . . only, you know, without all the class.

RUNNERS UP:  CRAWLSPACE, DOLLS, ARENA and ROBOT JOX.  (Also, RAWHEAD REX and WALKING THE EDGE, which were not actually produced at Empire.)

The Empire slate is to be considered both critically and historically on an even odder sliding scale of “Best In Class” than most films of its kind.  In other words, you kinda have to adjust your brain when you sit down to watch one of these and free yourself a little from traditional criticism.  These movies were basically marketing experiments.  Like other B-titans of the 80s such as Golan and Globus, Empire topper Charlie Band would invent a title and some artwork, then see who would buy the rights so he could actually make the film–which would then evolve as it was scripted and shot. The final product was often a rare and unusual gem of some sort, even if the gem was turquoise.  All this being considered, it is probably the ideals of these movies that must be considered foremost, rather than the actual quality of the finished products.  Does that seem like a strange way to evaluate a motion picture?  It might be, but I guarantee you, once you get the hang of it, it’s really loads of fun.  The films on my list were some of the smartest and best-produced at Empire and I included a couple of shaggy dogs, too–but that’s the entire point.  Poster art and the hard carnival bark has always been tied intrinsically to motion picture marketing in the low budget horror and science fiction genres.  In the 80s, it RULED the production of these films on an almost exclusive basis.  Which is why it remains my favorite decade in exploitation cinema–where clever marketing and the magic of movies mutated into a very bizarre new art form.  That is not to say you must check your brain at the door entirely when you watch I WAS A TEENAGE SEX MUTANT–you just have to think a little differently.  It’s punk rock, man.

FROM BEYOND is my favorite, for a lot of personal reasons, though from a truly hard critical perspective (which it invites, being so much slicker and better conceived than nearly any other Empire film) the movie is troubled and misses many opportunities to be much better. What it DOES have going for it, as I mentioned at Dread Central, is a lot of raw passion and gleeful B-movie spirit. That, and the two lead actors turn in some of the best, most unsung work in all of genre movie history. Jeffery Combs is typically great as the freaked-out nutty professor . . . but the legendary Barbara Crampton gives the performance of her entire career here as the main character of the story, in a role the requires her to be curious and brilliant, kind and vulnerable, then transformed through about ten or fifteen beleaguered emotional states, finally ending in a place of absolute zonked-out insanity. These centerpiece performances truly elevate FROM BEYOND, and were the inspiration for creating this week’s RETRO 13 gallery piece.

In preparing to paint the poster (which you can see in full, only at Dread Central, by clicking the images above), I spent some time doing a life study of Barbara from the film, which was this painting right here:

It’s called “Always More To See” and is part of a supplemental series that I will begin posting today at my new online RETRO 13 PLUS image gallery. CLICK THE IMAGE ABOVE to go there and SEE THE FULL COLOR IMAGE, and have a look at NEW STUFF every Monday. These are character sketches, paint studies and other interesting bits and pieces from my RETRO 13 archive folders. Some of them are unrelated to actual posters from the 13, but were things I did to keep my skills sharp during last year’s terrible ordeal. 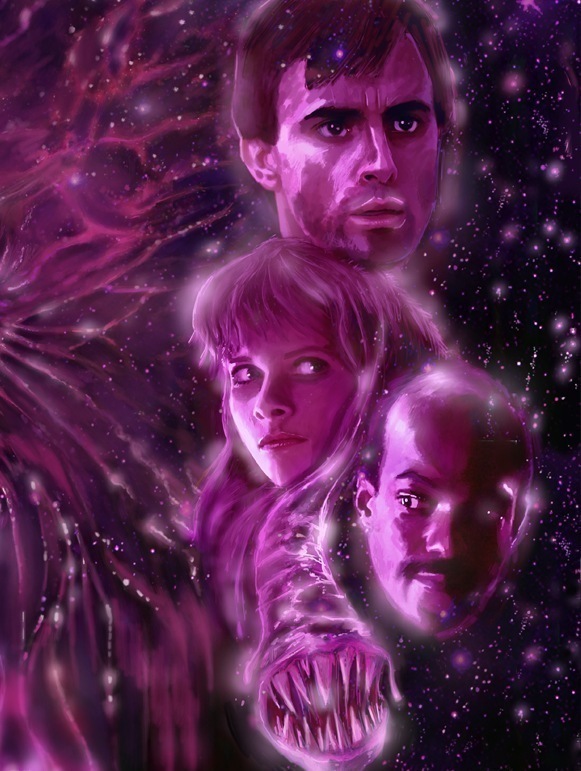 I invented the FROM BEYOND poster, one disparate element at a time, over a period of one year. First, I painted Doctor Pretorius, then put it aside. Came back three months later and did the Resonator. Then a few months later the main human characters.  (Pictured ABOVE is an early in-progress draft of that section.)  And so on. The toothy eel creature was last, and I painted it wild, without reference to the film.  The Resonator was also done without reference, working only from my memory of the machine.  The overall color scheme was to be all dark magentas, blues and deep black, which is my impression of the picture, having watched and studied it for 30 years. I’m a big fan of posters that go for color schemes that parallel the film itself. John Lechago, the director of KILLJOY GOES TO HELL, commented on an early draft: “The purple feel you gave to the poster . . . sums up the content. The film has that feel about it. It was creepy and visceral.”

Next week, the never-seen sequel to an ALL-TIME sci-fi schlock classic . . . 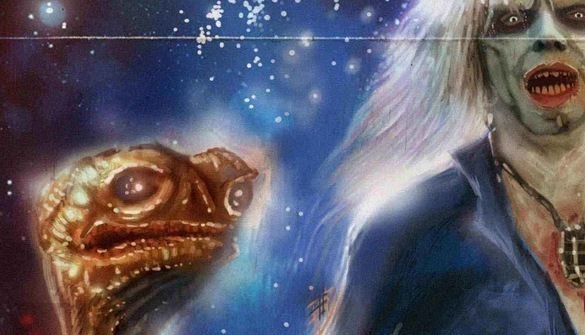 What can it be?