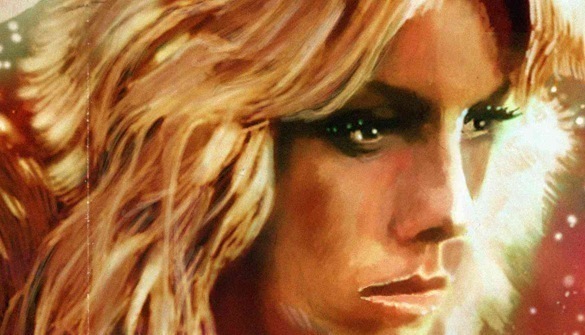 (NOTE: For those of you who may have read my silly blather already, this article contains a super cool addendum dated June 7, which you can read by scrolling to the end.)

This week on Retro 13, we are remembering WAVELENGTH, a unique and fascinating film of aliens and their human companions, which is 30 years old and virtually “lost” to the digital age. You can see my tribute poster at Dread Central by clicking the above image of Cherie Currie, this film’s star.

Cherie is still most well known as the singer of the legendary all-girl proto-punk group The Runaways, but was most well known to me at the end of the 1970s as Jodie Foster and Scott Baio’s co-star in Adrian Lynne’s amazing and seminal disco-feminist teen-angst-fest FOXES—which sort of plays like one of those cautionary network After School Specials strung out on crack. 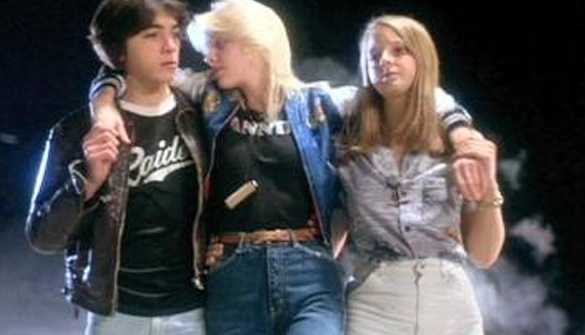 Cherie parlayed that critically-acclaimed role in Lynne’s film into a series of appearances in low-budget genre offerings, of which WAVELENGTH was undoubtedly her finest hour. If she was an intriguing and tragic teenager in FOXES, she remarkably blooms into real womanhood here, exhibiting a confidence and passion that could have been further explored and matured. Unfortunately, Cherie’s own offscreen demons and addictions were already capsizing her life and career.  During shooting on WAVELENGTH, she was estranged from her band and embroiled in a passionate extra-marital affair with co-star Robert Carradine—who ironically turns in a tortured performance as an out-of-work rock musician in the film. Coming from a legendarily musical family, Robert even strums his own acoustic guitar compositions on screen, as Cherie looks on admiringly. It’s one of the film’s most bittersweet moments, layered with depth and meaning.  Particularly for Geeks Like Us, who are privy to the stories on both sides of the camera.

I, too, was from a musical family, and I caught WAVELENGTH with my father Rock during it’s initial release in 1983—in an honest-to-god movie theater. This was part of our ritual in those days, when Rock was not busy playing blues in local dives with his band Doctor Rockit. I would scour the papers for something that looked good—then drag my dad along with me to see these crazy films, mostly because it was fun father-son activity, but also because he was the only one in the family who knew how to drive a car. In those days, my father could work a steering wheel with one hand while rolling a marijuana cigarette between his legs with the other—drinking beer at the same time! (See, he came from the 1960s.) It was always some new adventure, trying to get to a movie theater with that man. We almost always arrived just in time to catch the credits. 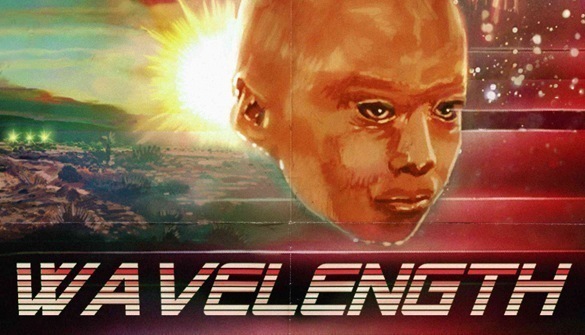 From the very opening of WAVELENGTH—which is mysterious and creepy, adorned with some of Tangerine Dream’s best work as film composers in the 1980s—I was captivated. It was one of those rare films that seemed much bigger than it actually was, because of big ideas, big performances, and even a few things that seemed mighty darn close to home.  Ahem.  Such as Robert Carradine’s tortured performance as an out of work rock musician.

I lived in that house with that guy for many years. I saw those crazy people, up close and personal. I knew what it was to be “burned out, beat up and over the hill at 27” and living life absolutely on the edge. Throwing aliens into the mix was just par for course in my world of imagination—and the film still remains very special to me. I remember realizing even as a 13 year old child, how low budget the whole affair was, and yet my mind was held in awe by the prevailing majesty and spectacle of the film’s ambitious finale. I hummed the climactic “Mojave Desert Theme” by the Dream for weeks in my head, until I was finally able to purchase the soundtrack album on Vinyl. Then I played that record until the grooves wore out. 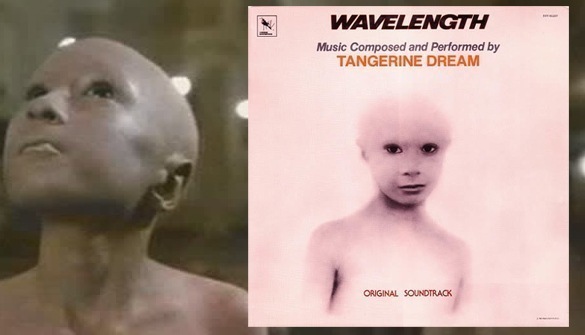 I’ll always remember that experience in that theater seeing that film with my father. I honestly believe that the passions and the tragedies of the people onscreen were speaking directly to me that day, as they undoubtedly were speaking to so many others.

This is the power and the timelessness of film and family.

And it survives, no matter what.

A few days after my Retro 13 article was published at Dread Central, I got a really nice letter from none other than Cherie Currie herself. She was kind enough to post the 13 entry at her Facebook page and kinder still to seek me out personally through the Express and offer some choice words of thanks.  She mentioned what a wonderful director Mike Gray was and how special the film still is to her.  Writing her back, I was astonished to receive ANOTHER letter from the Great Lady!  And all this, on the eve of Cherie’s first album release and European concert tour in 20 years, when she is undoubtably a busy Great Lady indeed!  It’s quite surreal to spontaneously carry on a correspondence with a rock star, just because you happen to be big a fan of her work in movies, even more surreal to know your words have reached her in the first place . . . but I’d like to think it all has something to do with something.

At the very least, as we near the end of RETRO 13, I’m starting to think my humble endeavor is doing it’s job, after all.

Thanks, Cherie, for all you have given us. 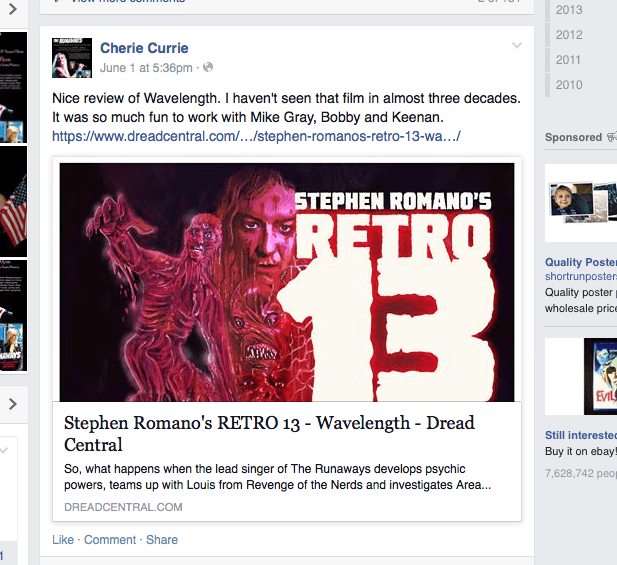 Click the image above to visit the Great Lady herself.