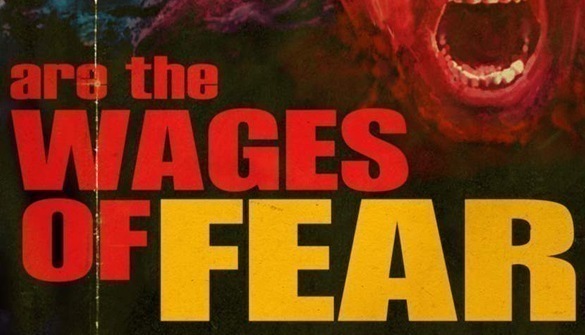 CLICK THE IMAGE ABOVE to jump to Dread Central, where you can see the really-and-truly FINAL Retro 13 poster. This  SUDDEN DEATH week was inspired by a conversation I had last year with my awesome filmmaker buddy Leif Jonker. He was gearing up to show SORCERER on the big screen, with William Friedkin himself set to appear on Skype for the Q&A session, and I was having all sorts of trouble, damn near crippled by a speeding truck and confined to a wheelchair for what would become six months of living hell, learning how to adjust to a new bionic leg. I promised myself that when I got around to airing my online gallery project that one of the posters would be for SORCERER, because a really good one for that film was never made. I also promised myself that I would dedicate it to Leif, and his particular obsession with that film—which is an awesome obsession to own. This self-made promise and many others like it were what kept me alive last year, though a dark and seemingly endless journey. The first year of dealing with a life-altering injury is always the worst, they say. You’re right there in it. No other world exists. In my case, very often my art and my words and those desperate promises in the dark were ALL I had to look forward to. That, and the promise of FURY ROAD in movie theaters at that mythical one year mark . . .

So thanks, Leif, for being a nerd too. I did the SORCERER poster in your honor, just 2 weeks ago, long after the other 13 had been completed, and it was my final promise kept.

Also, I have been on Fury Road 7 times.

All 7 times, I walked into the theatre without leaning on my cane.

It is one of the Greatest Motion Pictures Ever Made, and it was worth going though hell for.

And SORCERER now hangs on the wall of my living room. 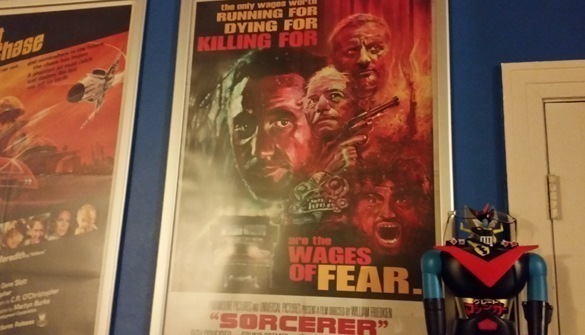 And speaking of Living Rooms . . .

Someone asked me recently what I was going to blog about NOW that my RETRO 13 journey back through genre movie history is completed.   I didn’t really have an answer for him then, but I’ve come up with one, in preparing for the release of my new novel. 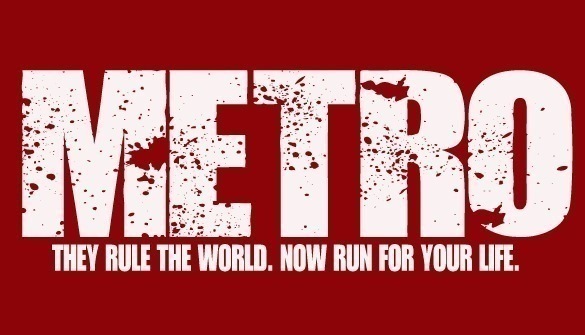 This might be my most personal work to date. Even more personal than SHOCK FESTIVAL. The book, coming on September 14 from Simon and Schuster, is set in a highly fictionalized version of a former life I once shared with many friends, in a place called The Kingdom. And although the novel is a bunch of made up stuff—with all the gunbattles, torture scenes and total horror you have come to expect from my work (I’m speaking to all 10 of my fans out there)—The Kingdom you will read about was indeed a very real place, full of wild tributes to every imaginable nerdy obsession and incredible adventures in sex, drugs and rock and roll. I lived in The Kingdom for 13 years, and I helped change the world there, in my own weird way. I saw and participated in the birth of the Alamo Drafthouse Cinema empire. I wrote my first novel there, and my second and third and fourth. I became a partner to Don Coscarelli and wrote the first episode of MASTERS OF HORROR in that house. The Tall Man himself walked among us and his foil Reggie Banister was a guest during wild nights of music and booze. 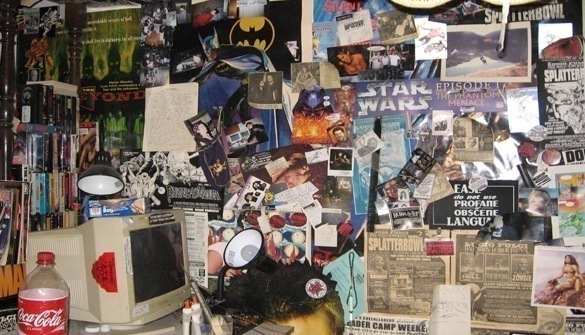 This is a photograph of one of the walls.

It only begins to HINT at the mayhem that those walls saw.

IN the weeks leading up to the publication of METRO, I will share ADVENTURES OF THE KINGDOM, with both spoken words and blogs. I will invite guests who lived and loved there to talk about their experiences. I will take you back more than ten years to experiences the weird magic of a tacky palace of inspiration and debauchery. And I’ll share some preview snippets from the novel, as it fast approaches it’s street date.

I’m really proud of this one, kids. It’s a winner. Or at least that’s what my awesome editor Ed tells me. (Yeah, I have an editor who is actually named ED—how fucking awesome is that?) I hope you’ll buy a copy. I hope you’ll buy TWO copies. It, after all, makes a great gift for that special deranged someone in your life.

In the meantime . . . we shall explore the canyons of my former life, in great and sometimes painful depths. I’ve already begun a dedicated Instagram page, which features hundreds of images from the old place. You can soak up a lot just by clicking the LINK below: 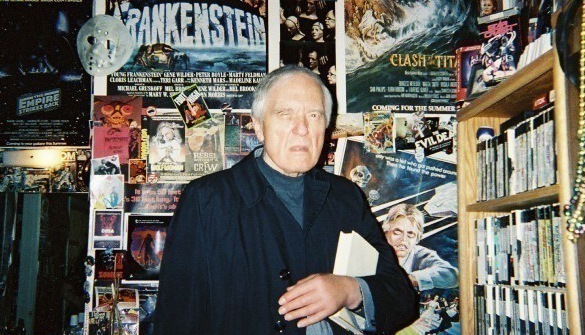 That should hold you for a while, until I can get back around to this damn blog again. Gonna take a few weeks off first. Then we’ll jump back in.

To all of you who visited my Retro 13 regularly, my deepest thanks.

Now come and be a citizen of The Kingdom!