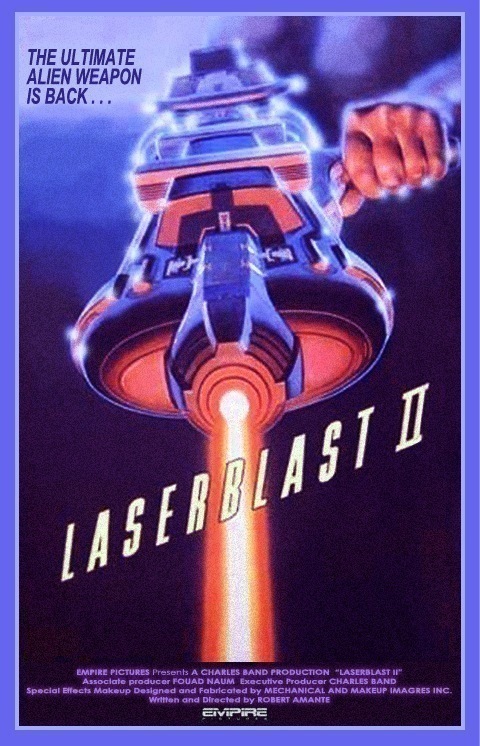 This week at RETRO 13, I’m celebrating the great Charles Band B-movie masterpiece LASERBLAST, by unleashing the sequel that only (currently) exists in my own fevered imagination. But who knows? It’s a cool idea. Old Charlie is still out there making movies. Maybe he’ll get the hint one day. In fact, there actually was a LASERBLAST sequel in the works at one time during Band’s Empire Pictures days. It started as one of his “Foreign Sales Trial Balloons,” in which a flashy poster was taken to MIFED and various other markets to gauge interest in the project. Pretty damn COOL poster, if you ask me . . .

It is my understanding that, at one point or another, a script was actually written and a director attached. This would have happened around 1986, about the time when Empire was facing its premature death rattle. In 1987, one of the writers of ROBOCOP joined up with Empire to salvage the project, apparently when Band realized that it was at least eight years too late for a LASERBLAST sequel. The title was changed during rewrites and production to KID WITH A RAY GUN, and the film was finally released as DEADLY WEAPON. It contains the same basic premise of the original film. A kid finds a laser weapon and it drives him mad, leading to his ultimate fate.

My imagined sequel, SON OF LASERBLAST, which you can only see at DREAD CENTRAL this week by CLICKING THE IMAGE ABOVE is actually a “period piece,” which would have been made much closer on the heels of the 1978 film. It would be a direct continuation of the story and characters. What is the story? As I said at Dread Central—YOU DECIDE!!! Come up with something wild and crazy. Start emailing Charlie at Full Moon. GET THEM TO MAKE THIS MOTHERFUCKER!!! It’s never too late to pump out a sequel to a 30 year old schlock classic!

If I’d had my own way, the director of SON would have been Michael Ray, who helmed the first one. You now, for symmetry and all. But Mike never directed a film again after LASERBLAST. So what ever became of him?

It’s an interesting story, to say the least.

Here’s an excerpt from something I wrote a few years back, which provides that story, along with a few others: 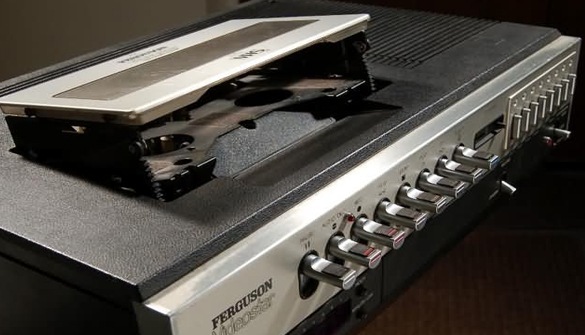 CLICK ON THE IMAGE ABOVE to jump there are read all about it.