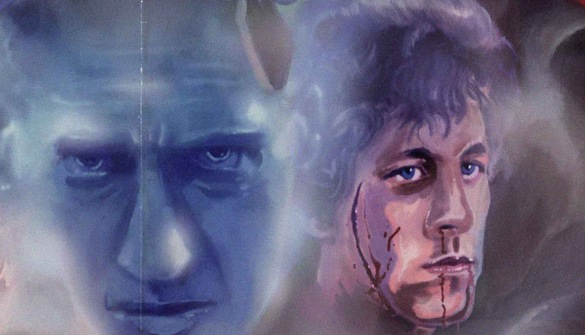 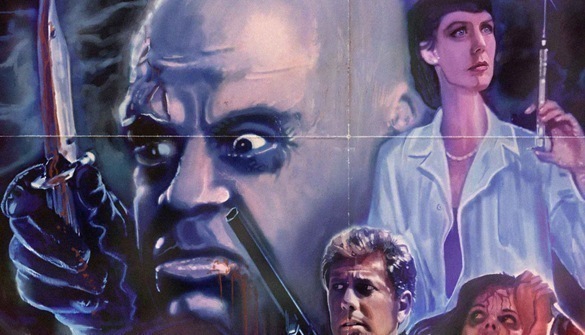 A few years back, I was contracted by some guys who will remain nameless to do some illustration work. For many varied reasons, it didn’t work out. You always hope for the best with these things, but every now and then the planets just don’t line up. Still and all, I was fairly pleased with the pieces I did. Thought it was some of my better work, actually.

But don’t take my word for it.

Check out this week’s RETRO 13.

The cool poster you see at Dread Central this week (CLICK THE ABOVE IMAGES to see it in all its glory) is a slightly revised edition of the STRANGE BEHAVIOR piece I delivered lo those many years ago. I hauled the old thing out mothballs, took a fresh look at it and went, “Hey, this thing ain’t so bad—what were those people thinking?” So I went into the art and performed some modifications that improved the overall flavor dramatically. I changed the color scheme slightly, created a new logo, removed at least one distracting element and shrouded the main composition in a ghostly fog that really helped tie it all together. I also fixed a few details that were bugging me—but the basic layout of the piece remained exactly the same. In the end, I think it came out really swell and is damn representative of a certain style of posters in the early-to-mid eighties. In coming weeks, you’ll see another piece from the same series, which I also hauled out and modified for RETRO 13. I think that one’s pretty cool, too.

As a matter of fact, it was these “unpublished” pieces that partially inspired the entire concept of RETRO 13. I sort of started scratching my head and realizing, “Hey, I’ve never actually done a full-on fan art series, have I?” It was one of those real DUHHHH moments. I figured such a series would at least make a great portfolio booster, and so I set to work, banging out a few more, working towards 13 of the bad little bastards. Creating the series has been fun, educational and rewarding in many ways. I hope you’ve enjoyed the work so far.

So word the wise: NEVER THROW ANYTHING AWAY. This has been a professional mantra around my house for decades and has served me really well through many forms of art. My novel RESURRECTION EXPRESS was inspired partially by a screenplay I wrote 2o years ago. My book SHOCK FESTIVAL was based on ideas I had more than 30 years ago. You never can tell when an old childhood inspiration will come in handy—or an inspiration you had just a few years back. So keep those inspirations handy. And don’t let anybody tell you that it stinks, either. The damn malodorous thing might yet come in handy one day.

Oh yeah, and STRANGE BEHAVIOR is a really cool movie, too.