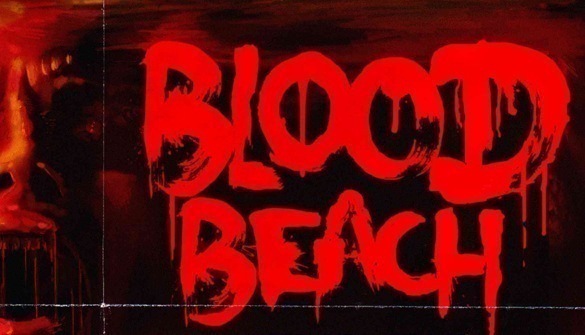 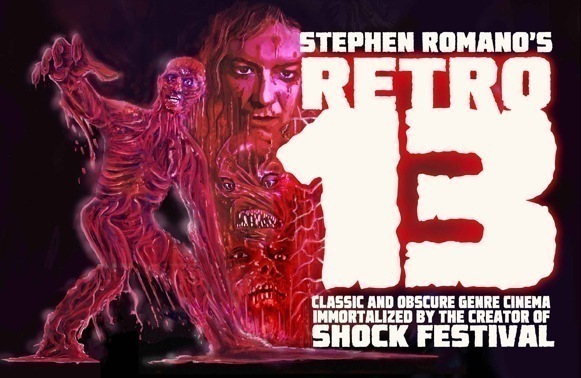 Well, kids, RETRO 13 is finally under way at Dread Central!

CLOCK THE LOGO BELOW to jump there and download the first poster, which is, of course, my long-gestating dream one-sheet for BLOOD BEACH. I think we’ve kicked this series off with a bloody bang. Next week, we’ll be doing some classic zombie action, based on one of the worst films ever made. I can’t wait, can you?

This week’s edition of RETRO 13 is, of course, dedicated to the leading man of BLOOD BEACH, David Huffman, who was stabbed to death in 1985, just four years after the film was made. David was a working character actor, who came on the scene in 1978 and appeared in dozens of TV shows as a guest star or walk-on performer. He only did nine feature films, most of them in supporting roles—but almost all of them were very high profile releases, such as Sylvester Stallone’s’ F.I.S.T. and ICE CASTLES. 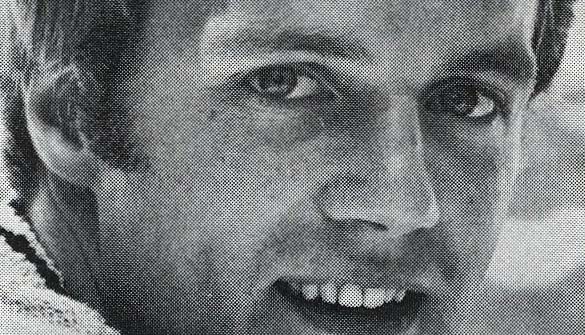 BLOOD BEACH was David’s first-ever romantic leading man role in a major film. It was also, unfortunately, his last.  He went back to supporting roles after this, such as his memorable stint in Clint Eastwood’s FIREFOX as a very excitable government agency guy.  You can read more about his life and career if you Google him. David lives forever in his work and on the internet.  His performance in BLOOD BEACH remains one of the more underrated gems of the genre. An experienced and seasoned actor by this time, in both stage AND screen, Huffman’s take on the thoughtfully written cop character Harry Caulder is subtly shaded and brought to vivid life. His plight in the opening reels is truly, authentically urgent—the mother of his ex fiancé disappears from Blood Beach one morning with only a scream to mark her passing and he becomes obsessed with finding her—and the love story that develops as the daughter (Mariana Hill) returns to the scene of the crime is handled affectionately and with great care. While the film itself flounders in its third act, finally concluding in a bizarrely irreverent manner, the actors are all having a blast in every frame, and it’s this element that makes the film truly worth seeking out. It’s a classy bit of low-budget storytelling—one which prizes human moments over latex critters.

Speaking of critters, the monster is never explained in the film.

It is never caught, dissected or internalized in any way.

You’re basically watching a movie about a killer beach, folks.

In fact, the European distributors were so confused by this that they actually ordered an additional opening shot to be placed just before the credits, in which an alien spaceship hovers over the beach and a glowing ray imamates, ostensibly depositing the monster beneath the sand. This shot was pasted in under protest by the director, who maintains that the more mysterious version is his true vision for the film. That director is Jeffery Bloom, by the way, who also helmed the awesome NIGHTMARES a few years later for Universal, an anthology film worthy of note for its inspired casting of (then very young) Emilio Estevez as a sociopathic video game addict who sells his soul to The Bishop Of Battle. (Don’t Ask.) 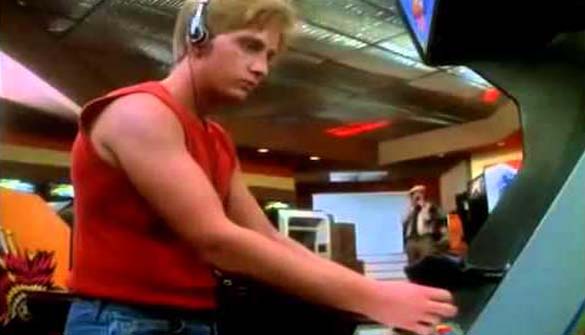 For my POSTER—which you can ONLY SEE IN FULL AT DREAD CENTRAL, so why are you reading this?—I decided to go with a “big movie approach” that would simultaneously capture the stark, lonely, mysterious quality the film possesses. You’ll notice the beach itself is populated by just enough people to sell the idea—but it’s a grim twilight, on sands covered in metaphorical blood. Beneath the beach lies the true horror—human beings ripped apart, some of them still alive in a writhing, agonizing living death! I wanted to capture that in painful relief, to juxtapose the more subtle elements, and to mirror the sort of “Gone with the Wind” cast revue at the top of the poster:

Since quality frame grabs from BLOOD BEACH are rare—the film is only available on bootleg VHS rips digitally—I had to work mostly from memory, or very fuzzy reference photos, to capture the likenesses. I create all my art using digital paint tools, and then use a secret layered process to add the final touches that make it look like a true memorabilia artifact from 1981. (This is a process and an artistic discipline I have honed for many years, since the creation of my book SHOCK FESTIVAL, and many professional art jobs.) The fine print and credit blocks are created in the style of early eighties “poster vogue,” and I changed the main slugs from the original poster, to something less dated. (The original ad line—“Just when you thought it was safe to go back in the water, you can’t get to it!”—is a riff on JAWS 2 that maybe three people will understand today.) HOWEVER, the smaller slug that falls beneath the title—WHERE THE WATER IS THE SAFEST PLACE TO BE—comes right from the film’s original theatrical trailer. (It gives away the ending of the film, so SPOILER ALERT!)

Anyway . . . hope you’ve dug all this bloody beachy business. We’ll be back next Monday with a creepy new spin on a ZOMBIE CLASSIC. So keep it here and remember . . . the only thing you can be less sure of than true love in a horror film is the ground under your feet. 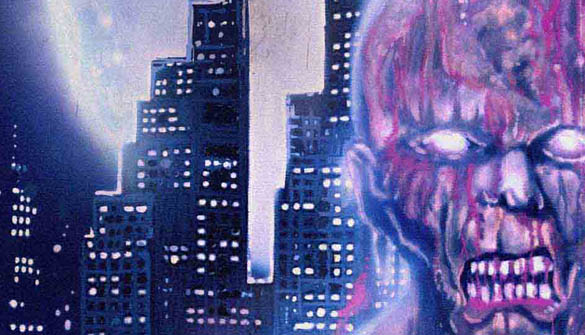 Today, March 23, is my mother’s birthday.

Ten years ago, she died.

The entire RETRO 13 series  is dedicated to her.

I love you and I live on.