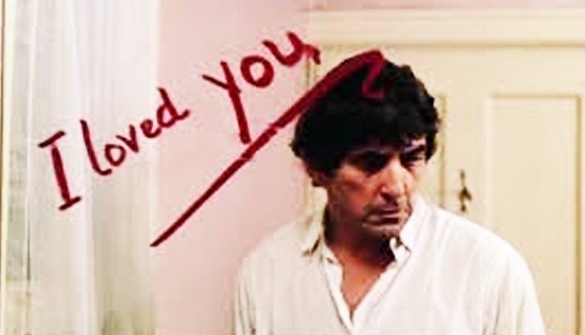 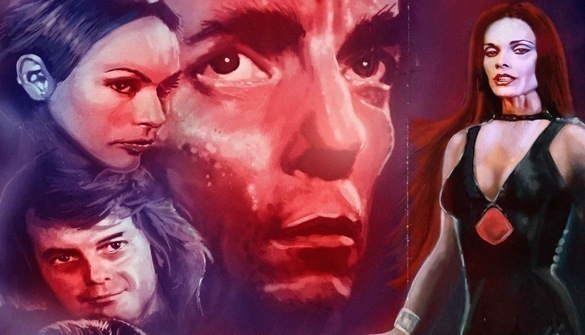 I’ve been trying to keep these RETRO 13 posts pretty short. This week’s will be twice as long as usual. That can’t be helped. I wanna talk about something important this morning.  PLEASE CLICK THE IMAGE above to jump to Dread Central and enjoy this week’s poster first.

One of the things that’s always amazed me about certain pedigreed filmmakers—particularly the guys who operate in the exploitation genres—is how they always lie about stuff in their interviews, or play dumb about certain universally known truths. It’s incredible to watch sometimes. The verbal martial arts can be downright stunning. They’ll smile like alligators eating a newborn baby while they claim to “have no knowledge” of that weird legendary incident on set that’s been reported a dozen times by other people who were there and swear it really happened. There is a good reason for this—often several good reasons. Among them being that film is a business, and most of these guys want to sell you a film. Simple as that. 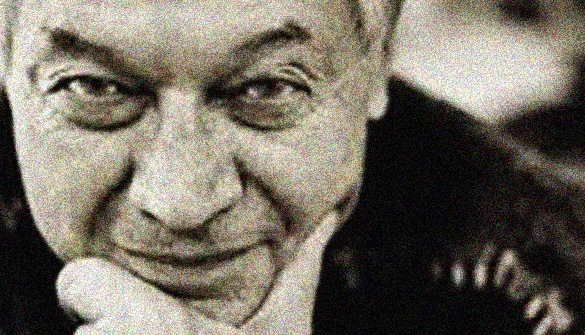 Roger Corman often comes to mind in this department. He is the consummate example of the film producer in action. Though his exploits as a shyster and ruthless skinflint are iconic, you’ll never hear a story from his own lips during an on-camera interview about how one of his pictures did badly or how he did anybody wrong—and when confronted with the more outrageous dirt by bolder journalists, he’ll always rumple his nose and say something like, “How do these rumors get started?” As if he doesn’t know. As if we don’t know. It’s truly weird. Sort of like an embarrassed grandfather trading in half-lies and incredulous shrugs to explain away his wretched past as an acid-eating Woodstock refugee. One incident that I witnessed with my own eyes was when Corman was confronted by an eager audience member during a film fest, where he was receiving a lifetime achievement award; the kid boldly asked Roger during the Q&A if he was “really in it for the money.” Corman stood there for a few paralyzed seconds with egg on his face, not quite knowing what to say, until the the fest promoter stepped in, jammed three fingers in the air and told the kid in the audience to “read between the lines.”

Even at the highest levels, guys like George Lucas have been bullshitting their fans for years. But here’s the thing: none of us really buy it. And there is a good reason for that, too—we are not dumb. We know how this business works. Enough people tell the truth about their lives and their work in film that the general public knows there can’t possibly be any such thing as an “untroubled film production.”  Those of us who have actually made films just laugh and shake our heads. 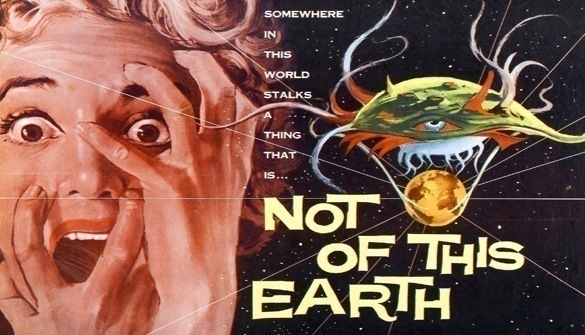 Anyway, don’t these people realize that the dirt is what we want? Unconfessed crimes of buried wickedness? Fistfights on set? Ruin and disaster? Isn’t that what makes the industry—and life—so bloody interesting in the first place? Roger Corman would be ten times more popular with guys like me if he just stopped smiling so much and talked some shit once in a while. Even Nixon got away with confessing—and why? Because he was pardoned and had nothing to lose. What people like Roger probably don’t understand is that they are automatically pardoned for their sins by the very existence of their work. These amazing, legendary films they made allow us to forgive most any off-camera transgression, short of allowing people to die in the name of art or whatever.  At the end of they day, they just wanna come off likable. They want to be the heroes of their own lives, and our lives too.  But the best heroes are flawed.  Just ask Hamlet. 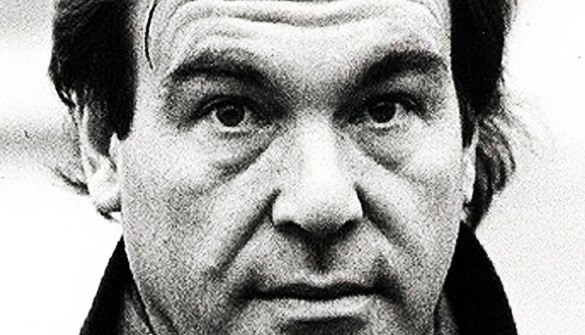 Ollie has never been very guarded about his remarks, and many of his constituents have been even looser-lipped. Witness Jane Hamsher’s Killer Instinct: The Making of Natural Born Killers, a book so incendiary that it torched Jane’s career in the aftermath and left her partner Don Murphy to the four winds—at least until he made the TRANSFORMERS films. There can be a heavy price that comes with confession—particularly if your confession happens to drag a few High Ranking Food Chain Honchos through the garden. I, myself, have wrestled with this conundrum and have halted at least one journalistic endeavor for fear that it would ruin me professionally.

Other times, however, it just doesn’t matter at all.

As in the case of the making of Oliver Stone’s first feature film, THE QUEEN OF EVIL. 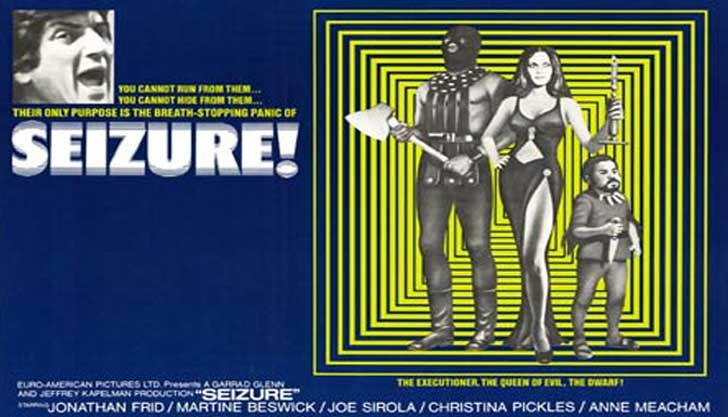 This movie was released as SEIZURE in 1974, and is also the subject of this week’s RETRO 13 gallery piece. (Again, CLICK ANY OF THE IMAGES in this article to access the full art.) I’m really proud of this one because, in essence, it tells the full-on truth about Stone’s first film. A truth which is found in even greater depth within the pages of Video Watchdog, a magazine I truly love, and whom have been (mostly) good to me professionally.

I was first made aware of THE QUEEN OF EVIL in 1995, through VW, in which writer/editor Tim Lucas—a journalist who chronicled much of the film scene I grew up in and, along with guys like Paul M. Sammon and Fredrick S. Clarke, is responsible for preserving a great deal of truly important genre history—presented an in-depth interview he’d conducted by mail with Stone in 1975, regarding the remarkable production of his first film. Because the interview itself was never published at the time of the film’s initial release, it became a sort of “lost” item for years. And yet the piece became crucial to a deeper understanding of the film, when Stone later did the obvious and deleted THE QUEEN OF EVIL from his resume altogether, hoping everyone would forget. Like most film producers do. 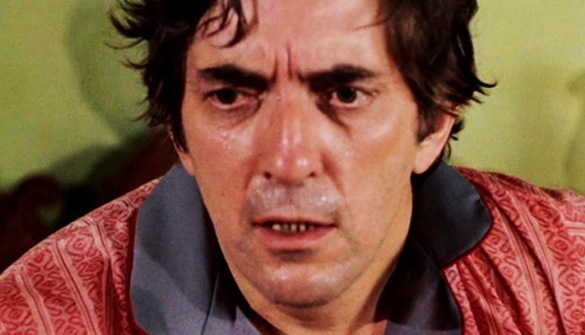 Still and all, Tim’s document remains a fascinating time capsule, and is required reading for beginning filmmakers, or anyone who is interested in the way it really works when people stop taking nice. Not only is the production of THE QUEEN OF EVIL a true case study in how low budget films were made and marketed in the 1970s—but the story of how the article itself came to be is also truly remarkable. Inspiring, even. When I spoke with Tim about the piece a few years later, he told me that the full, unedited version was even more shocking and embarrassing for everyone involved, that Stone had not just been unguarded with his remarks about cast and crew—he had been downright merciless. Only a sample eventually found its way into the published version, culled from a stack of audio cassette tapes, in which the director ranted for hours. This was Stone “first interview,” apparently, at his youngest and angriest, full of the kind of piss and vinegar we always hope for in the best Hollywood Tell-Alls.

To read I WAKE UP SCREAMING: THE MAKING OF SEIZURE, please follow the link above by clicking on the image. This will take you to the current Video Watchdog website, where many back issues are collected electronically. The issue is Number 26, the one with JURASSIC PARK on the cover. Listen to Oliver. Listen to Tim. This is truly honest genre film journalism at its absolute rawest and most informative. There’s no bullshit here. No film producer trying to sell you something. It’s just . . . well, a really great story.

The film business is filled with really great stories—on both sides of the screen. Not all of it is pretty. Some of them are horror stories. But, yeah, man, it’s what we want.