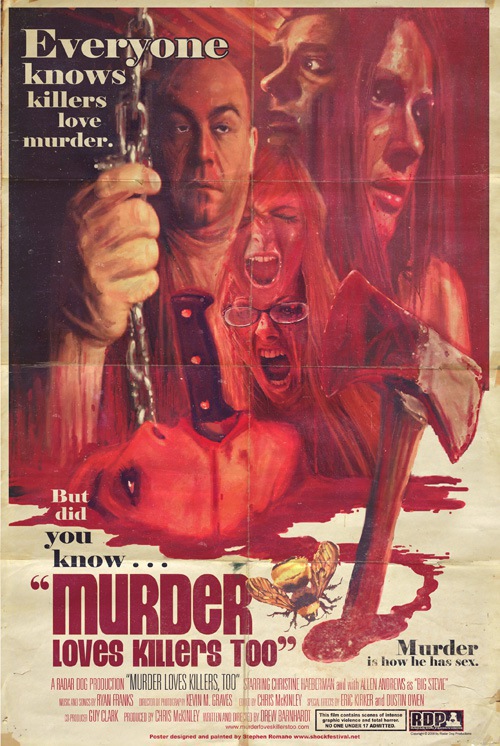 MLKT proves that real vision can redeem any subject matter—even something so obviously inspired by other things. I was allowed to watch the film before I began work and it brought forth some great concepts, such as the bumblebee, which ties into the killer’s psychosis in  a very “giallo” way.  (Images like that were typical of Italian horror import poster campaigns from the 1960s and 1970s. ) This was deemed too extreme for mass market consumption.  I can’t imagine why! 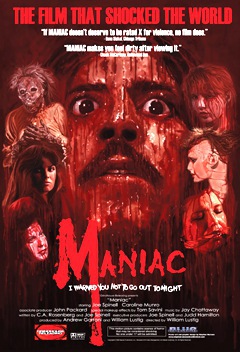 This was a very special poster for me, because it was the official on-sheet displayed in theater lobbies during the 2010 re-release of William Lustig’s classic eighties sleazebag horror epic.  I was going for less of a period thing here and more for timeless art in the design.  My original vision was just to have the “maniac” Joe Spinell’s face filling the entire poster, in a rain of blood and gore, but that was nixed as too extreme, so the faces on either side were added later in Photoshop.  You can see the original vision in my extended gallery section.  This was a great honor to work on. 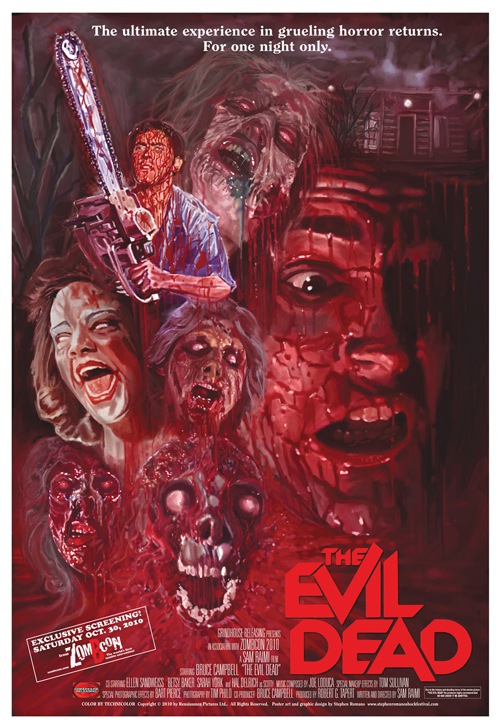 Another great honor, this poster was commissioned by the people in charge of ZOMBCON 1 in 2010, and was personally approved by director Sam Raimi.  I wanted to go back to the eighties and do a wild new one-sheet design that would capture all the madness of the film.  The image of Bruce on the left really gets the grue in your face—it’s actually the moment at the end of the film where he’s dragged along the floor, clutching at the Book Of The Dead.  I captured the image as a reference photo and turned it vertically, so it just looks like he’s really upset. 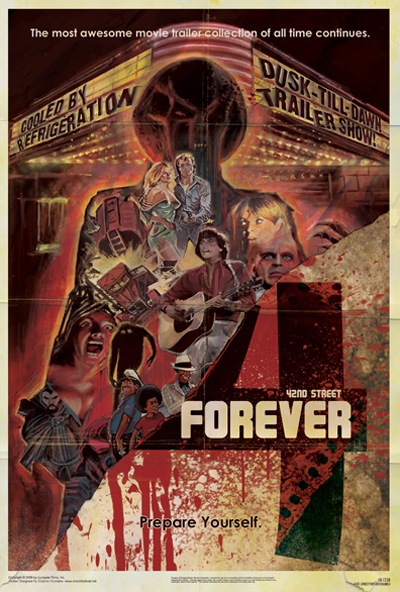 Of all the DVD covers I’ve done, this is still my favorite, incorporating art from dozens of actual period movie posters and creating a new image for the main cover, using that art as a jumping off point.  I like this trailer series a lot and was honored to be a part of it.  Later, I did 42nd STREET 5, on which I also served as the director of the special features documentary. 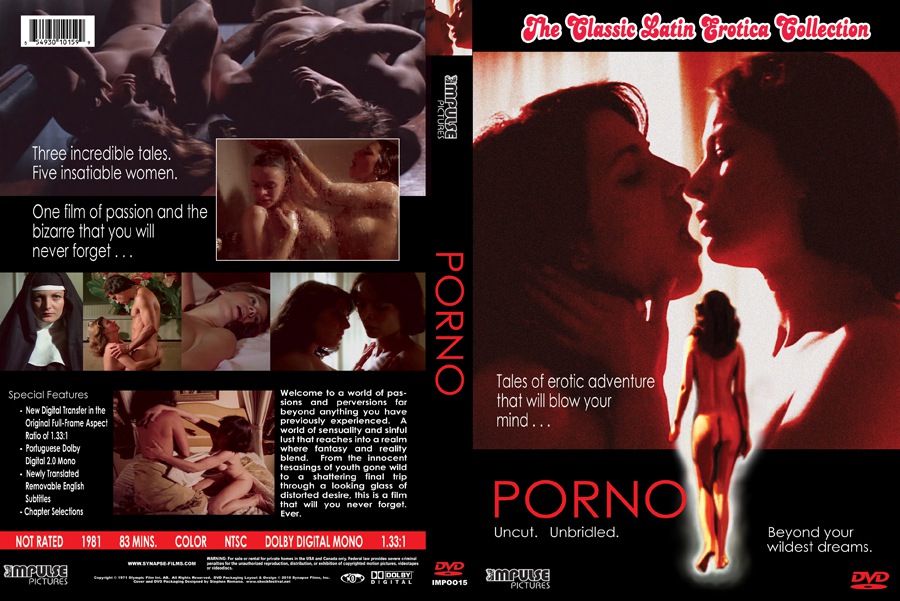 BEYOND THE DUNWICH HORROR 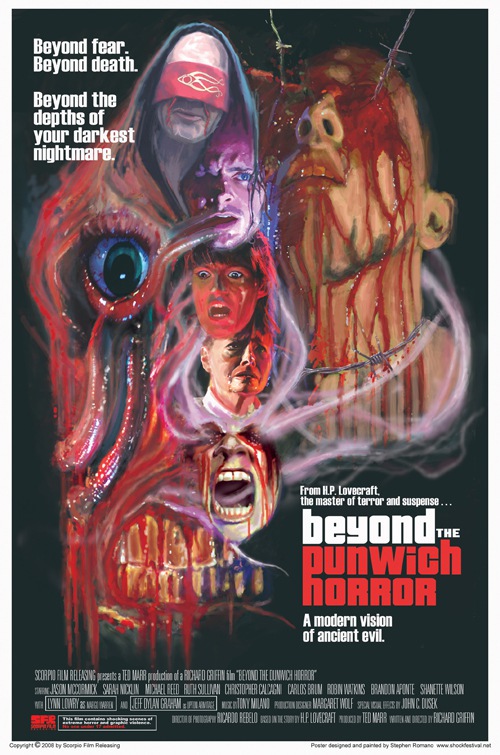 This is one of my favorites, done as a homage to the 1980s style of garish movie art on VHS boxes.  Of all the films I have done, this captures it’s period very well.  I also became good friends with the director Richard Griffin, which is something that doesn’t always happen on these things.  In fact, it almost never happens.  I went on to do THE DISCO Exorcist for him a few years later, which was also fun.  Ironically, though I developed a rapport with the filmmakers, I was never allowed to see the movie while I was doing the poster, working exclusively from still photos.  It still came out as a remarkably on-target representation of what’s in the movie.