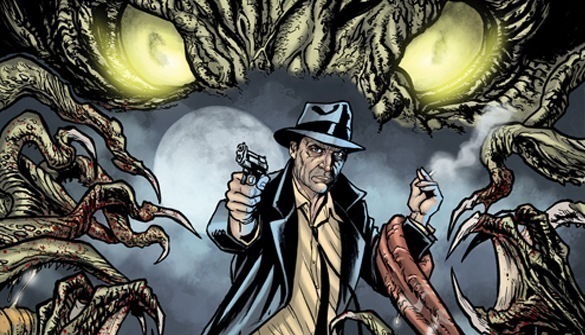 It’s been literally years in the making, folks.

And I can now proudly announce that the first two issues of BOTTOMFEEDER, my vile collaboration with artist Patricio Carbajal, colorist Javi Laparra and the insane maniacs at Rotten Cotton Graphics, are now very nearly complete.  It’s a story full of cops and creatures, lust and ladies, and plenty of slime from the bottomless depths of a toxic river that gives birth to an army of horny sea monsters, hell bent on world domination.  Imagine an old fashioned 50’s-style monster story with a very neo-noir twist and you start to get the idea.  Based on a really fucked-up screenplay I wrote many years ago with Rotten Cotton mastermind Shawn Lewis and Joseph (“Diablo”) Melendez, this one pulls no punches, kids.  Believe me.  It’s BAD LIEUTENANT meets THE HUMANOIDS FROM THE DEEP, and our new comic version features a “dream cast” of exploitation titans of yesteryear, from Joe Pilato (DAY OF THE DEAD) to Zoe Tamerlis (MS.45) and even the amazing Joe Spinell (STARCRASH, baby!), in a special appearance you will never forget!  (It’s a role he was born to play, and would have loved–rest in peace, Joe!)  Here’s a look at the official promo mini-posters being passed out this week at MONSTERPALOOZA in BURBANK, CALIFORNIA, where the project is officially being announced.  Our star Joe Pilato–that’s him down there with the gun–will be signing those bad boys all weekend at the ROTTEN COTTON booth, so get your ass to the show!!!  CLICK THE IMAGES BELOW AND ABOVE for tickets and info. 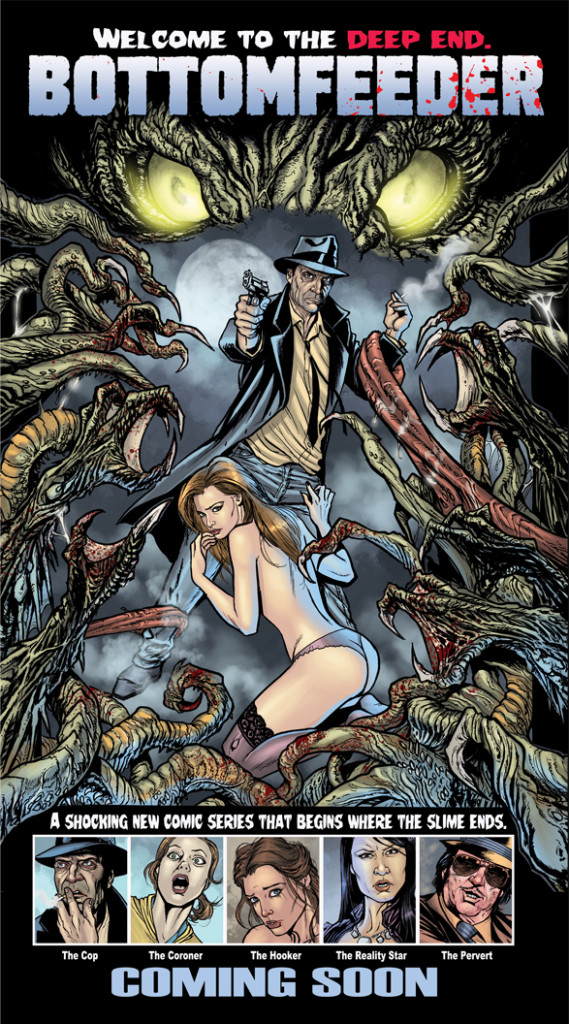 On Friday, we’re all set for the official preview of this baby, so keep it here for all sorts of awesome updates.

It’s gonna be a BLOODBATH.