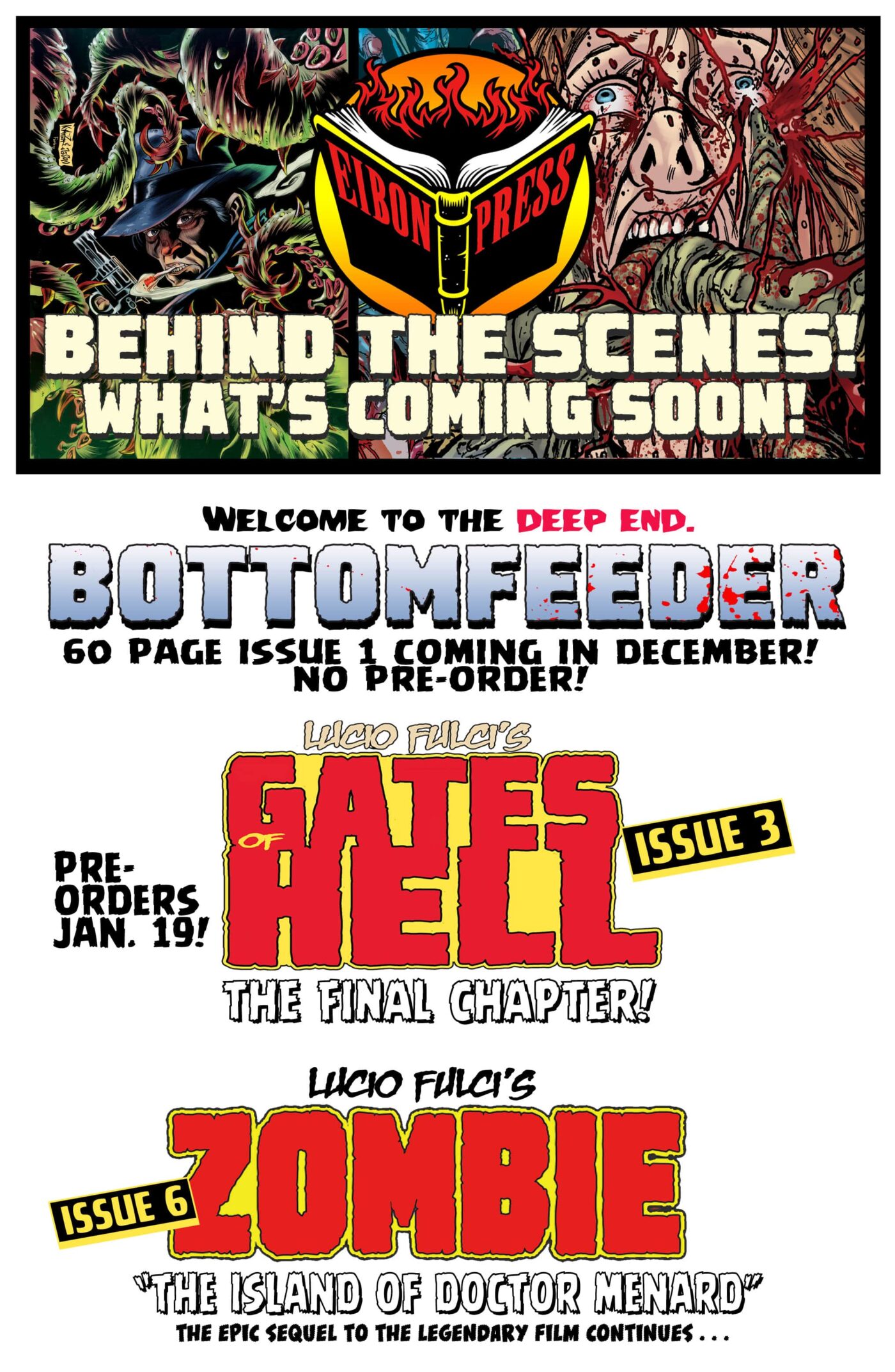 Seven years in the making, the sleazy-disgusting, super-epic and all-kinds-of-wrong BOTTOMFEEDER comic series, which I wrote and edited, is finally seeing the light of day with it’s first king-hell 60 page double issue.  It’s part of the latest wave from my publishing company, and I’m really proud of what it is.  CLICK THE BANNER IMAGE BELOW and you can jump to our latest EPIC LENGTH EIBON NEWSLETTER and get a glimpse of what’s in store NEXT MONTH IN DECEMBER, when bad lieutenant JOE ANGELL takes on the most twisted toxic waste monster in a throwback “creature feature” that drags itself through the political incorrectness of the 1980s horror scene and emerges as something truly special and pitch black.

The first issue of BOTTOMFEEDER is a DOUBLE ISSUE which gives you TWO COMPLETE CHAPTERS of the story.  It will be followed in a few months by two more chapters… and then then final issue in later 2018.  If you’re a fan of the darkness, I promise it’s a journey you’ll want to take.

Yep, the FINAL CHAPTER of GATES is ON THE WAY.  It’s also gonna rock you!

And we just finished up with ZOMBIE 6, which is… well, let’s just say I’m pretty damn proud of this too.

There are THREE KEY LUCIO FULCI-INSPIRED “BUZZ MOMENTS” in ZOMBIE #6 and this is just a teaser of one of them.  We’ve gone back to the basics in this issue, with less “epic stuff”  (though the ending of this book is truly spectacular!) and an emphasis on intimate eyeball violence and body horror.  I’m proud as hell to be the keeper of these characters and the writer of the ongoing mythos.

And it’s my BIRTHDAY tomorrow.  I have a few things to say about that, too, right HERE.

Keep it here for all the news that’s fit to goddamn print!