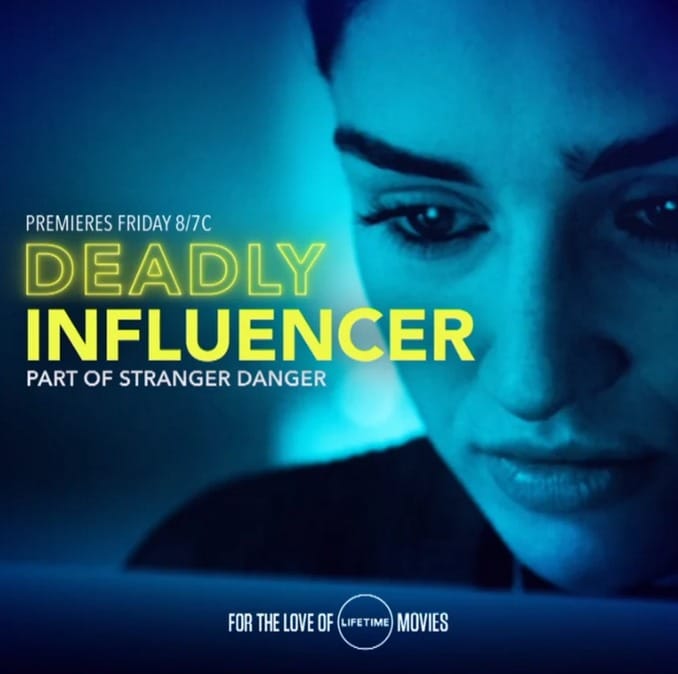 It’s been almost TWO YEARS since I actually posted a news update here!

Well.  It’s been a busy time.  I’ve been growing my publishing company and developing lots of movies. It’s been a nutty ride.  My latest Lifetime flick to hit the airwaves, just this past Friday, was . . . DEADLY INFLUENCER! 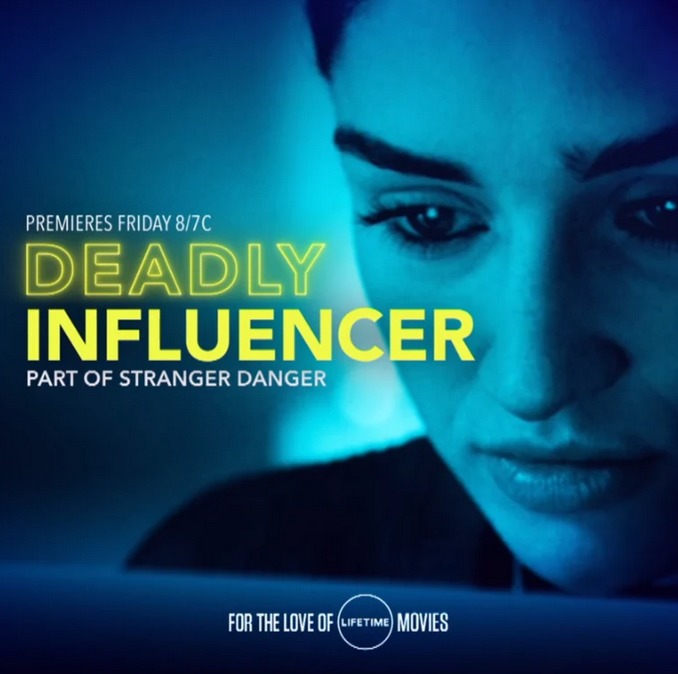 This one is special to me, for a lot of reasons. Not the least of which is the lady you see in the picture above.  That’s MORGAN TAYLOR CAMPBELL, who came in and OWNED Skylar Madison, a role I spent over a year developing with producer Pierre David.  It’s rare when a singe performance vindicates so much hard work, but she has created a truly memorable “villain for the ages” (as they say) and I’m so grateful she was cast in this.  The rest of the cast rocks pretty hard too, with HOUSE allumni Anne Dudek playing the “concerned adult” with a lot of empathy and experience.  (She’s an English teacher who has her kids read I HAVE NO MOUTH AND I MUST SCREAM by Harlan Ellison.  So she’s way cool, right?)  Abby Ross also kicks ass.  And we also made a sort of “star discovery” with the amazing Keara Graves, who has a small but memorable role as Lenore Poe.  (Easter Eggs anyone? This film and all my others are packed with them!)  She’s a face you won’t forget, people. Remember it. She’s gonna a be a big star soon. All of these kids have great careers ahead of them.  And I cannot effing BELIEVE, to this day, that I wrote a movie for and about teenage high school girls!  I’ve had teenagers in my scripts before, but they were always surrounded by adults, doing adult stuff, like slasher porn.  In this one, the teenagers are the heroes AND the villains and there literally only three guys in the entire cast! (And they have little to do but get eaten alive, frankly.) How the hell did THAT happen?

Truth is, it happened because a writer writes, and challenges make us well-rounded humans  If I didn’t do stuff like this, I’d probably go crazy with all the super-dark horror that I get busy with over at EibonPress.  Balance is important, and understanding many perspectives is important.  So, you know . . . go, ME!

Also, for all of it’s typical “Lifetime Bad Girl” thunder, there is an actual message in DEADLY INFLUENCER, which I hope you’ll hear.

I left social media for good this past year, because I believe that it can addict us and dehumanize us.

I still think its a powerful tool, and I don’t believe Twitter is the root of all evil. Obviously, if it wasn’t for social media, I wouldn’t be able to promote my comic imprint and such.  But I believe that the more we rely on platforms like that as a substitute for real human contact, the less human we are.  The character of Skylar Madison was something I helped create to explain the dangers of obsession and denial, all wrapped up in a fun bit of melodrama I also hope will make you laugh and scream.  Here’s a link to a great review of the film by a guy who totally “gets it.”

And guess what else?  This little gem, plus all my other amazing totally-preachy-yet-super-fun Lifetime flicks are all available real cheap at AMAZON PRIME for download.  Yep, you can get the spiffy HD version of DEADLY INFLUENCER . . . plus the my other immortal classics, WEB CAM GIRLS, YOU KILLED MY MOTHER, and MY MOTHER’S SPLIT PERSONALITIES for just a few bucks and some change.  And for that few bucks, you get to own them forever too!  For the PRICE OF A RENTAL!  You can’t beat that with a stick.

Hit this link here (AND THE LINKS ABOVE) to start your collection!

I announced WEB CAM GIRLS here in 2015, and it remained my favorite film in the series until DEADLY INFLUENCER.  Those are now my top picks of the bunch.  I had a lot of fun making these movies.  I am privileged, because the producers consult with me at every stage of production, from casting to final editing. I was even on set for the last one we made, which will be coming soon.  That particular flick is SUPER special, and it was even directed by a former regular on MELROSE PLACE.  I’ll be sure to let you know when it comes.