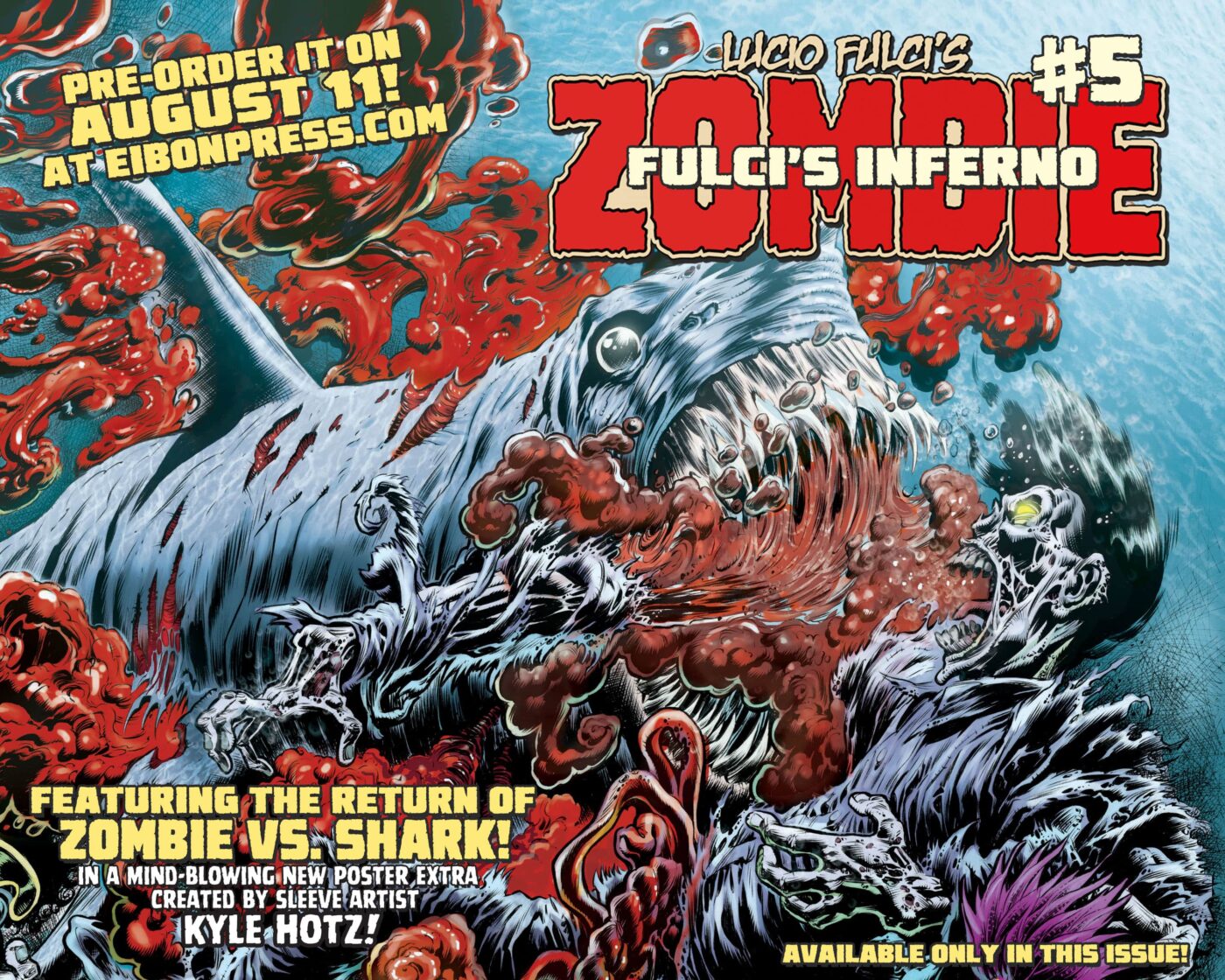 So last year, we started this thing called Eibon Press.

At first, the goal was to get a few comic books out that were gathering dust.

Lucio Fulci’s ZOMBIE and Lucio Fulci’s GATES OF HELL have been SLAMMING, with great sales and reviews and stuff.  We haven’t had any negative press, really.  Which is kind of insane when you think about it.  Here’s a promo for the next issue coming up of ZOMBIE, which begins the epic sequel story:

We’ve been doing a lot of mailing list postings, including an online newsletter, which you can totally SUBSCRIBE TO BY CLICKING HERE.  But JUST IN CASE you aren’t into all that, here’s a link to the FIRST NEWSLETTER we published.  It has some fun stuff in it.  CLICK THE IMAGE BELOW:

Here’s the SECOND ONE:

Plus, if that’s not enough . . . here’s a LINK TO OUR MAILING LIST ARCHIVES!  CLICK THE IMAGE BELOW.  You can read lots of posts and stuff here.  More fun than a barrel fulla monkey shit, huh???

HELPFUL EIBON TIP:  There’s always a FUCK TON of updates, customer reviews, un-boxing videos and other swell shit that’s always UP TO THE MINUTE at our TWITTER and FACEBOOK PAGES.  Yeah, I know.  Social media.  Sigh. I’m not even On Facebook personally anymore.  Haven’t been for almost ten years.  But as far as producing and distributing comic books outside mainstream channels, the socials are kind of essential.  SO come see what we’re up to there.  And at our WEBSITE too.