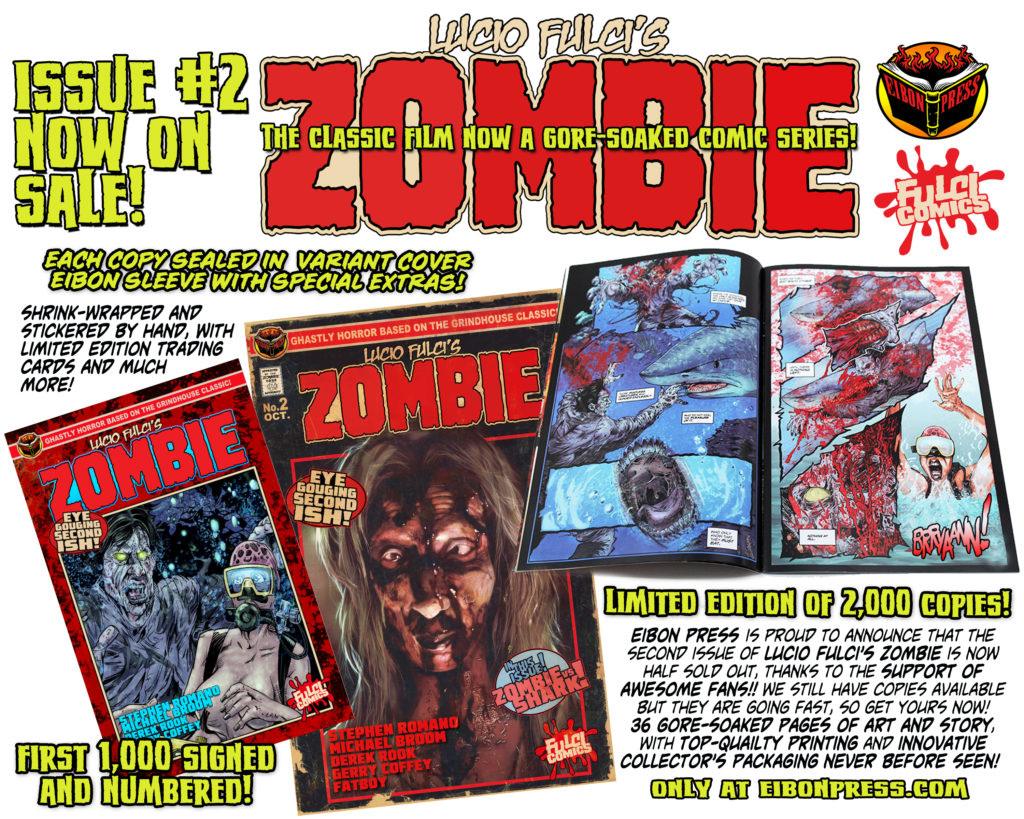 The first and second issues of LUCIO FULCI’S ZOMBIE have been smash hit successes, with Issues 3 and 4 in the works!  In fact, we just got #3 back from the printer and it’s the best-looking one yet!  The series will continue well past the movie adaptation, and that’s not all!  We have a GATES OF HELL comic mini-series, based on the classic Fulci film CITY OF THE LIVING DEAD!  Hot damn!  These comics have been making a killer splash in the horror community, all over the interwebs.  You can follow us a TWITTER for all the latest updates, and be sure to hit our website for all the up-to-the-minute stuff and things.

Here’s a look at ISSUE #2, and you can see more videos of our comics at the official You Tube page.

I’m really proud of what we are doing at Eibon.  It’s become a great touchstone in my creative life.  ZOMBIE and GATES are the culmination of a lifelong dream and a project that’s been gestating for the better part of 20 years.  These are important, passionate horror comics, not just graphic novel remakes of Fulci films.   And they’re just the beginning of the journey, too.  We have comics based on many other classic films which will expand the themes and stories, creating an all new genre of movie comic adaptations: The Graphic Reimagining!  And when this is all well under way we’ll be trotting out (FINALLY) our insane original series BOTTOMFEEDER, which has been almost three years in the making.  And these comics are truly amazing finished products, unlike anything that’s come before.  No digital at Eibon.  We only do BOOKS.  And they are the best BOOKS currently available on the comic market. NOTHING LIKE THIS IS BEING DONE NOW, with our branded “Eibon Sleeve” packaging and tons of extras.  We also have a killer quarterly magazine, available exclusively from Dread Central.  This is bad ASS stuff and we are happy as pigs in zombie shit to bring it to you.

Here’s some more awesome images, ads and flyers for Eibon stuff which you may have missed! 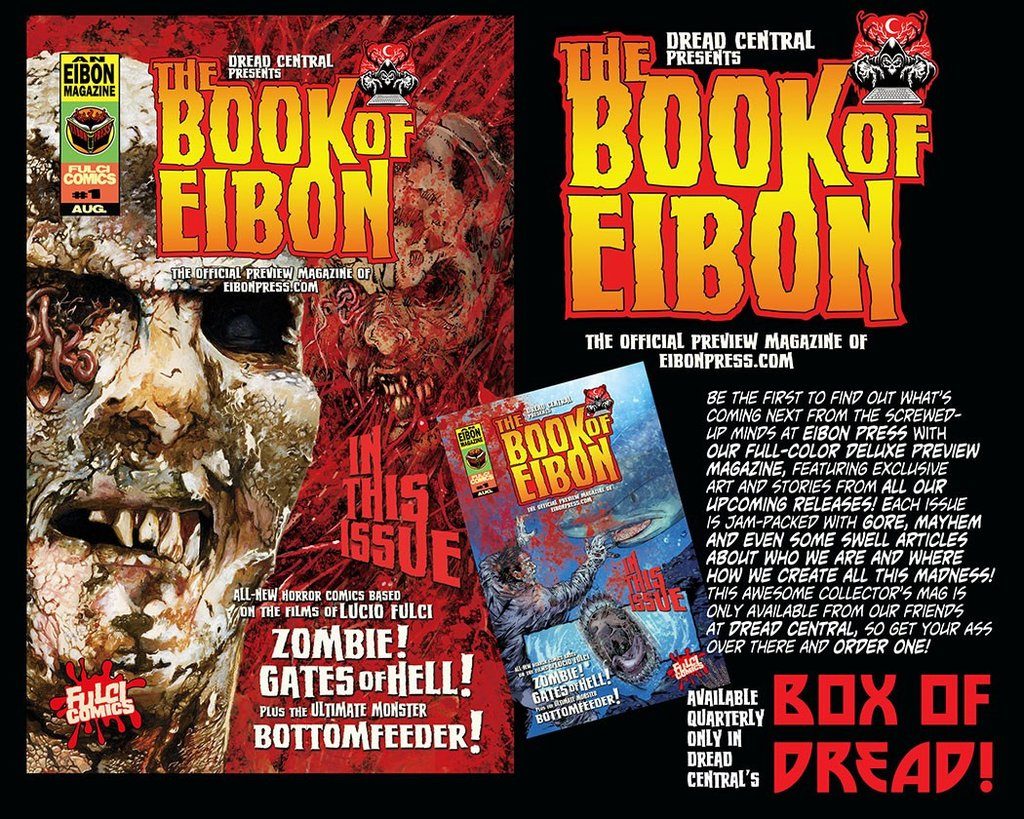 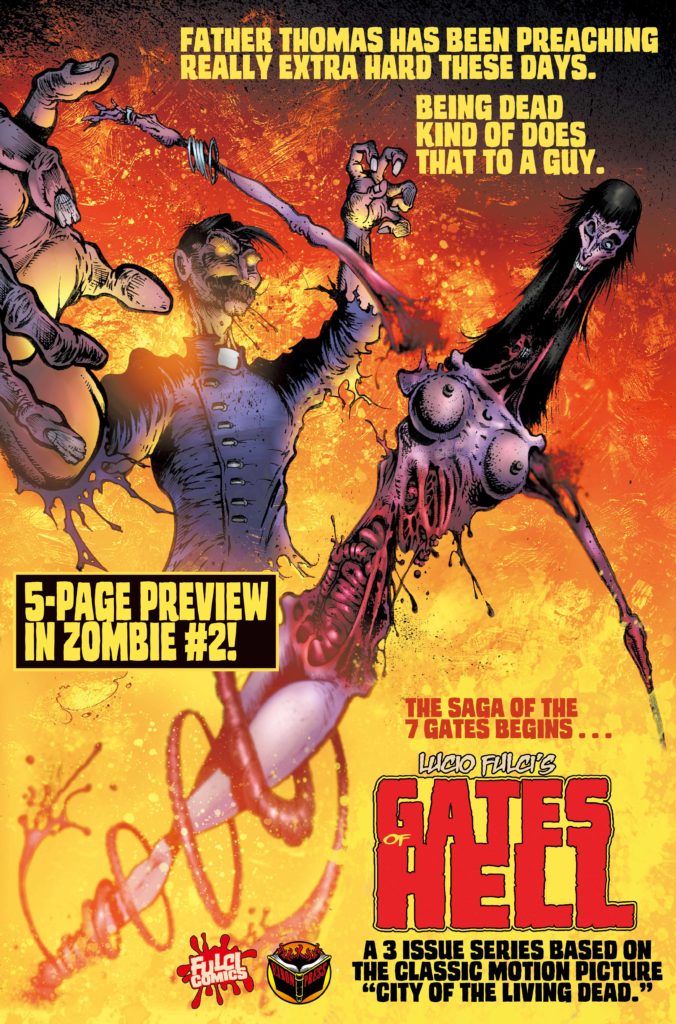 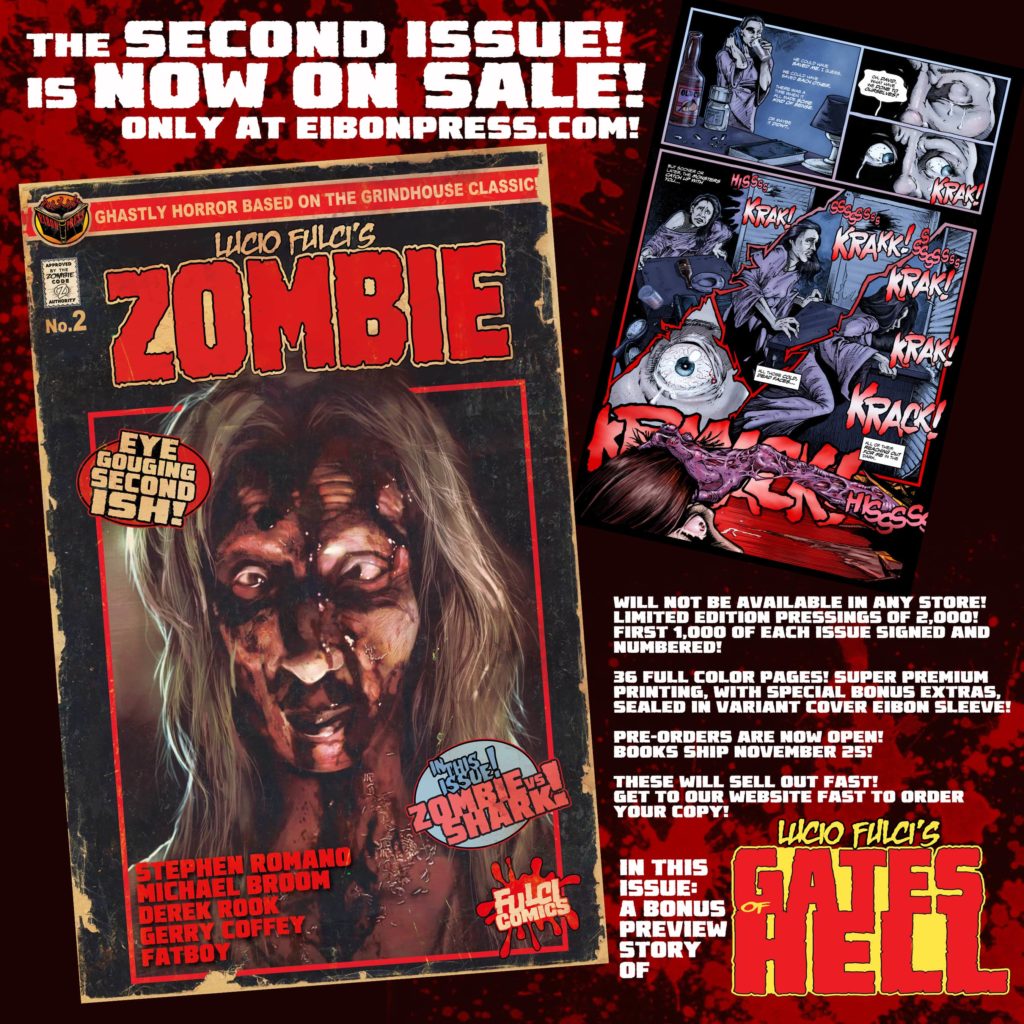 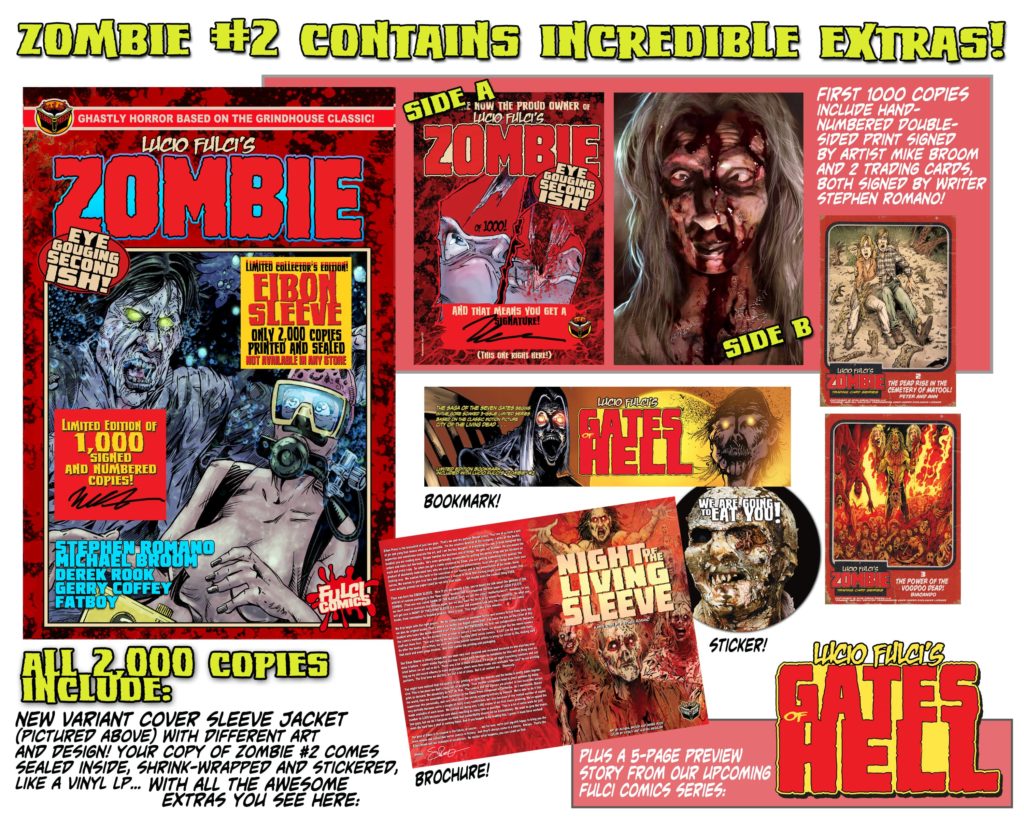 ISSUES 1 and 2 ARE STILL AVAILABLE, but the QUANTITIES ARE EXTREMELY LIMITED!!!  GET TO EIBON PRESS AND ORDER YOURS BEFORE THEY ARE GONE FOREVER!!!