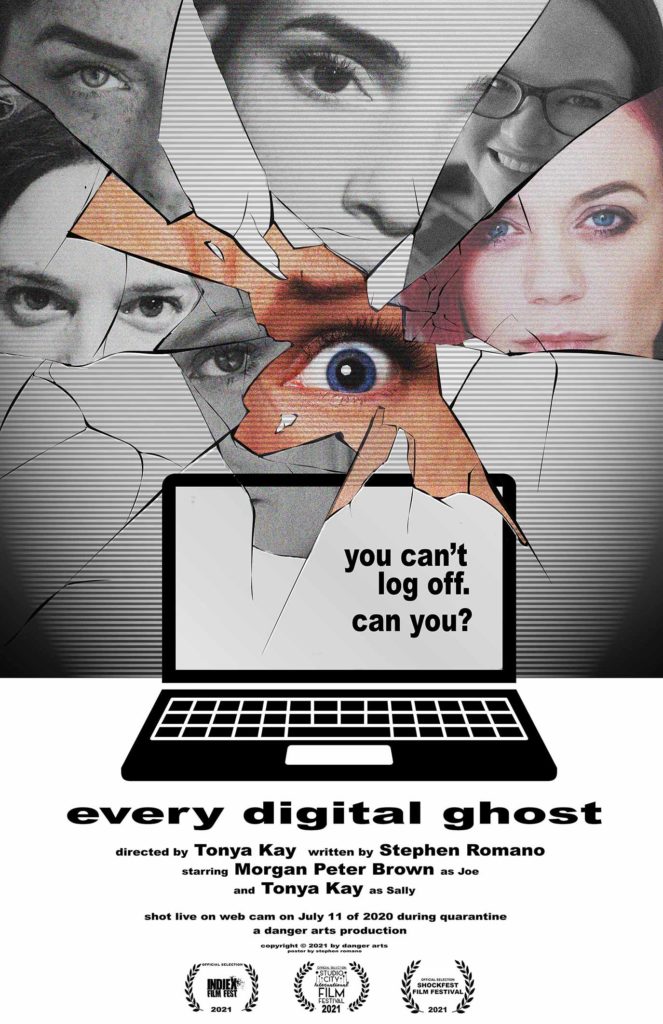 My new short film, shot during quarantine last year, directed by and starring the amazing Tonya Kay, is bowing at its world premiere on the BIG SCREEN on November 21st at the STUDIO CITY INTERNATIONAL FILM FESTIVAL right in the heart of Los Angeles California!

Check out the link for more deets.  And if you can’t make it to the premiere, be sure to check out our next festival appearance at SHOCKFEST! This is the one Tonya was really hoping for and we’re real excited about it!  It’s a VIRUAL SCREENING (which is perfect, since our movie takes place in a web cam environment) On DECEMBER 10!

We’re real proud of our little movie, not only because it was written in one sitting and directed in ONE TAKE, live on webcam, but because it ain’t half bad, if we do say so ourselves!

AND . . . just as I was writing this, Tonya texted to tell me we’ve been invited to screen at the INDIEX FILM FESTIVAL in Los Angeles as well!

And now we get to put “official selection” of SHOCKFEST and STUDIO CITY FILM FESTIVAL and INDIEX FILM FESTIVAL on our posters from now on! So check it out!

And come see our movie!  It’s all about how people are ruined by the internet! You know, for KIDS!