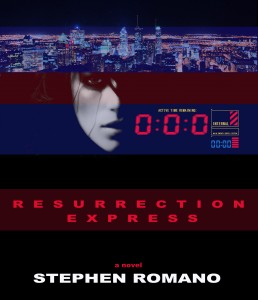 Don Coscarelli, director of PHANTASM, THE BEASTMASTER, BUBBAA HO-TEP and JOHN DIES AT THE END just turned in a rave review of my new novel! 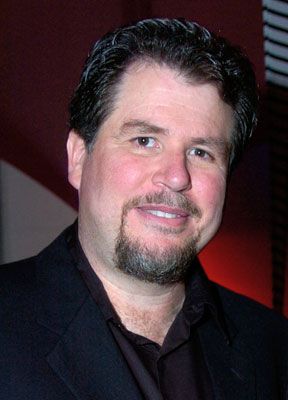 “RESURRECTION EXPRESS is a rip snortin’ white knuckle ride….A page-turner that sinks its teeth into you and won’t let go. Stephen Romano has created a meal you will want to swallow whole—it’s that hard to put down. His damaged protagonist, Elroy Coffin, is a compelling computer freak with criminal skills who you can’t help but root for. A savage and vicious little tale that fans of Don Winslow will lap up. Highly recommended!”

I should point out probably (in the interest of full disclosure) that for the last ten years or so, I’ve worked with mister Coscarelli on many projects, including the as-yet-unfilmed sequel to BUBBA HO-TEP, and the first episode of MASTERS OF HORROR, the legendary/notorious Showtime cable series of 2005-2006.  RESURRECTION EXPRESS is the novel I went off and wrote when Don was busy with making his amazing new film JOHN DIES AT THE END . . . so, in turn I’d like to give my on-the-record endorsement of his latest-and-greatest: 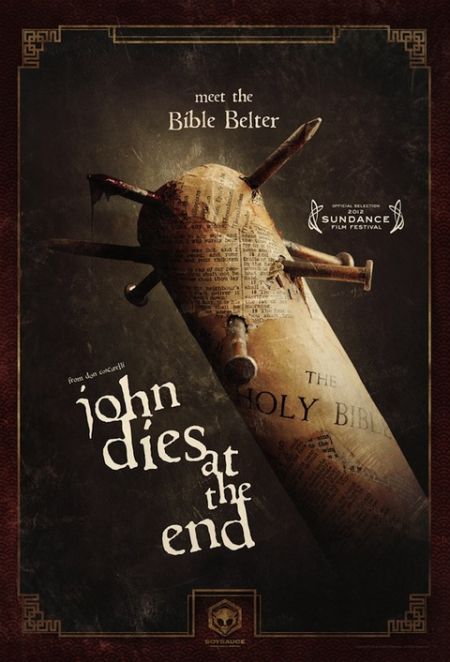 “JOHN DIES AT THE END is drugged-out, hyper-keneitic, laugh-out-loud hilarious sci-fi satire that invents new rules, then breaks them all and torches the mold.  There’s not a film you can name like this one.  Not a one, folks.  Following in the weird footsteps of Coscarelli’s best, most quirky work (PHANTASM, BUBBA HO-TEP), the film establishes a bizarre worldview from frame one, then spirals further and further off the deep end, until you’re swimming in some intoxicating, semi-lucid genre stew that plays a bit like a nightmare you don’t mind having.  But it’s all on purpose, folks.  The careful craftmaship and thoughtful approach to a batshit crazy scenario will have fans of this sort of thing screaming hosannas, the prudish set wondering what the fuck hit them, and everyone else laughing ’till it hurts.  Ofbeat performances by talented newcomers and supporting turns by genre legends such as Paul Giamatti and Angus Scrimm hold things together, while the engaging premise, colorful visual style, and kooky plot line plays out like Kurt Vonnegut having sex with Tom Robbins and giving birth to Buckaro Banzai by way of Hellraiser.  Go see this when it comes out.  You’ll be supporting the type of film Hollywood is scared shitless to make—films Coscarelli spends years tinkering with in the lab, because he’s in love with Cinema, and never compromises his vision.  Even when it means his hero has to be saved in the last act by a dog driving a pickup truck.”

Okay . . . now I should also say that Don wasn’t the first to read RESURRECTION EXPRESS.  Early last year, when I was still fighting to get the book published by one of the majors (it was originally written for Little Brown and Company but eventually went to Simon and Schuster), I had a pretty severe crisis of faith about the project and turned to one of my colleagues for some advice.  Meaning I dumped the manuscript in his lap and asked him to read it, desperately whining: “is it any goooooood?”

That colleague was Tom Piccirilli.  This is him with a dog. 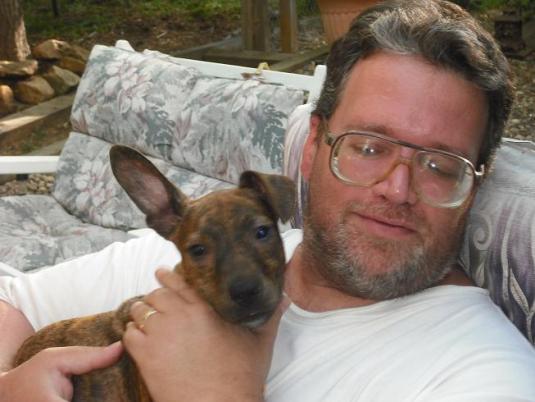 Tom is a truly amazing writer of world-class, award-winning proportions and a good online buddy, who always has a good word of encouragement, no bullshit style.

It was Tom who convinced me that what I had on my hands was a winner, and his kind comments about the book were actually the first real blurb we got.  Buy Tom’s new book tomorrow when it is released.  That’s JUNE 11, 2012.  I haven’t read it yet, but every damn thing this cat does is awesome, and the advance reviews are pretty stellar . . . so check it the fuck out:

“A searing examination of the ties that bind brother to brother…[Piccirilli imparts] a soulful, shivery edge to this tale of an unhappy family that’s assuredly unhappy in its own special way.” —Kirkus Reviews

“Piccirilli has created a world so real you can smell the mildew…A breakout novel.” —Booklist, starred review