It’s been almost four months since I was nearly killed. The outpouring of generosity and support has been overwhelming and awesome.  I love all of you and THANKS SO MUCH.  Getting back on the horse has been Priority One, as well as sharing some on my experiences with you, regarding my accident. I think it’s important for people to know about what happened.  It’s showing up slowly at my blog.  I apologize (to all three of you) who may be following those entries, as I haven’t written one in almost a month.  But there will be more . . . and, meanwhile, life goes on.

The first illustration gig after the accident was a real double whammy.  It seemed that old Charlie Band at Full Moon had just purchased the rights to the SOMETHING WIERD catalog for his new streaming site, and Mister Band enlisted me to honor his historic merger with a wild poster image that would sum up the whole perverted enterprise.  Obviously, I am a gigantic fan of SOMETHING WIERD, who have been one of the primary preservers of Grindhouse cinema for decades . . . plus, it’s  always been a dream of mine to do a painting based on Montag The Magnificent from THE WIZARD OF GORE, my favorite H.G. Lewis movie. So here was the chance to kill both dreams with one stroke.   It was the first time I painted a film poster since nearly getting killed and it ended up being one of the coolest things I’ve ever done. 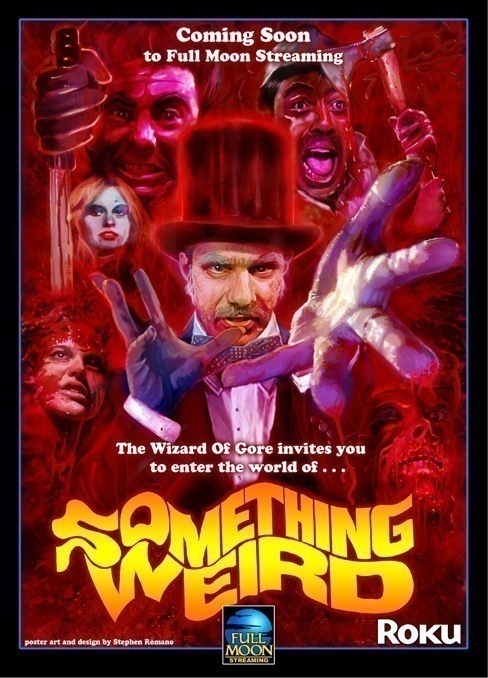 This was actually TWO PIECES. The second is a solo Montag portrait, which will be featured on the cover of the next issue of DELIRIUM magazine. 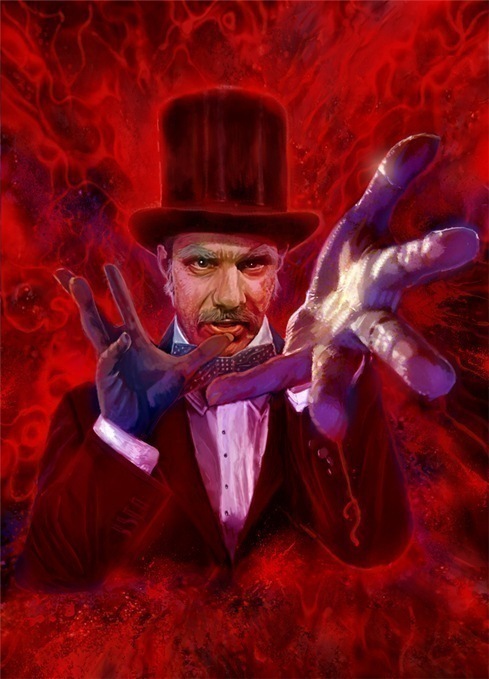 I did these illustrations while still in great pain, but I would do them again, because this is the work I live for and these are the films I love.  Thank you again to EVERYBODY who helped—and continue to help—in keeping me alive to do this work.  You are rock stars and ringleaders.  I love you.  Even if lots of other people think I’m a jerk.