I have a wall in my house that’s filled with nothing but paperbacks, going as far back as the 1940s, right up to just the other day . . . and nearly half of them were published by POCKET BOOKS.  It’s something pretty darn special when you get a box in the mail full of paperbacks that have your own name on the cover . . . and it also happens to be a POCKET FREAKIN’ BOOK!  I am proud to say that my latest work of longform fiction, the critical smash hit fast-action extravaganza RESURRECTION EXPRESS, will be available from this legendary-awesome publisher this coming tuesday!   You will be able to buy your very own copy at every major airport, drugstore and at all the Wal-Marts in America, right alongside all the bestsellers that actually deserve to be there!  See how happy I am about it? 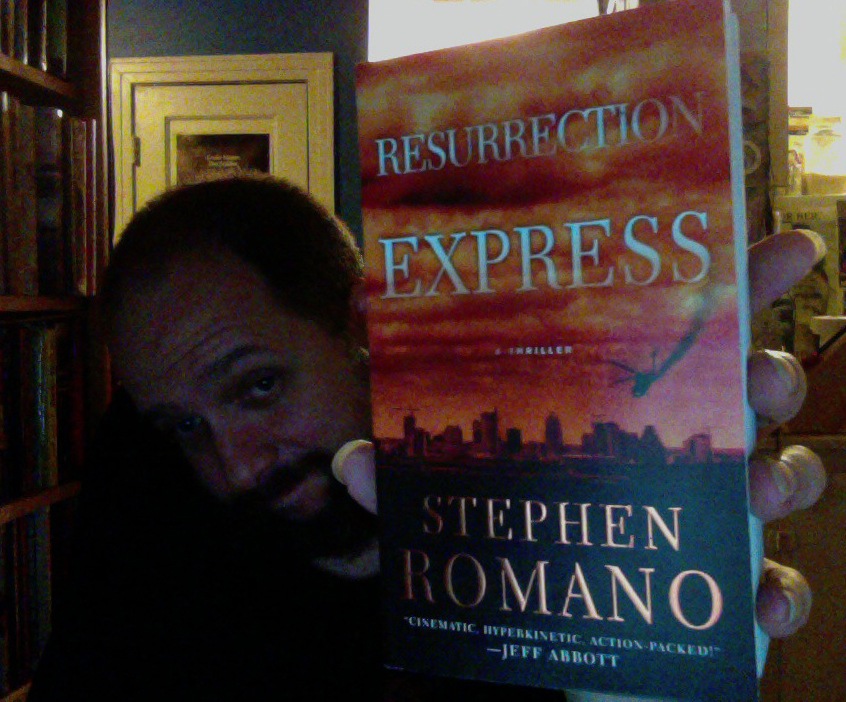 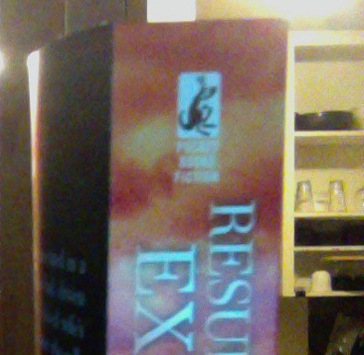 And here’s the best part . . . that cute kangaroo logo on the spine.  I have hundreds of those kangaroos in my house.  This new one was 43 years in the making.  Hope you dig it!  Also . . . don’t tell anybody yet . . . but Elroy Coffin is going to star in his own major motion picture soon.  Some really famous people are involved.  If everything goes as planned (and it almost never does), the film of RESX is going to be HUGE.  And there will be a sequel to this book called THE SUICIDE CONTEST even sooner.  More about all that in the near future.  Promise.