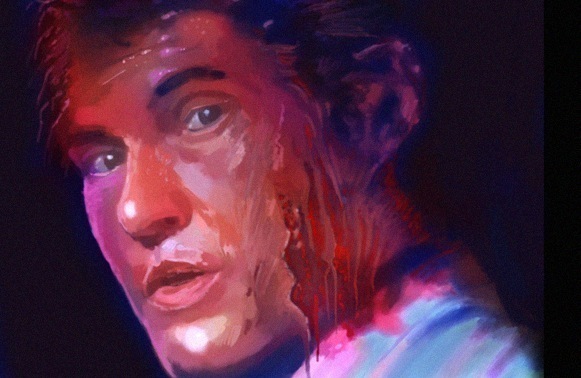 It’s only at DREAD CENTRAL, folks.  CLICK THE IMAGE BELOW to see my cool new take on Clive Barker’s HELLRAISER, treating it as if it were a much older movie: 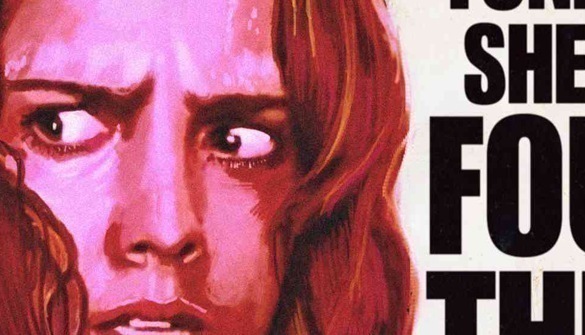 And CLICK THE IMAGE BELOW for a fun story about how I became friends with the film’s star, Ashley Laurence:

This image is the central portrait I did of the film’s other star, Andrew Robinson, which was used as a basis for my HELLRAISER piece. I call it “So Much For The Cat-And-Mouse-Shit.”  For a brief look into my process, I often start a work like this by just riffing on an image I like from the film, such as here.  (I’ve done this with commissioned original works, too, as in GONE WITH THE POPE.)  I created the painting of Robinson by first snapping a very low resolution photo of the image I wanted from TV, using my camera phone: 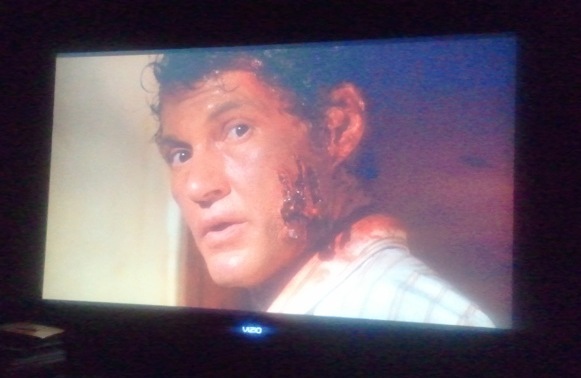 I then used this image as the reference to create the portrait, using digital paint tools.  Later, I brainstormed how “Larry” would hold together the composition in the final poster, which also featured Kirsty, Julia, Skinless Frank, and The Engineer monster from the climax of the film.  I made a very conscious decision to leave Pinhead completely out of the art. He’s been done to death.  Literally.