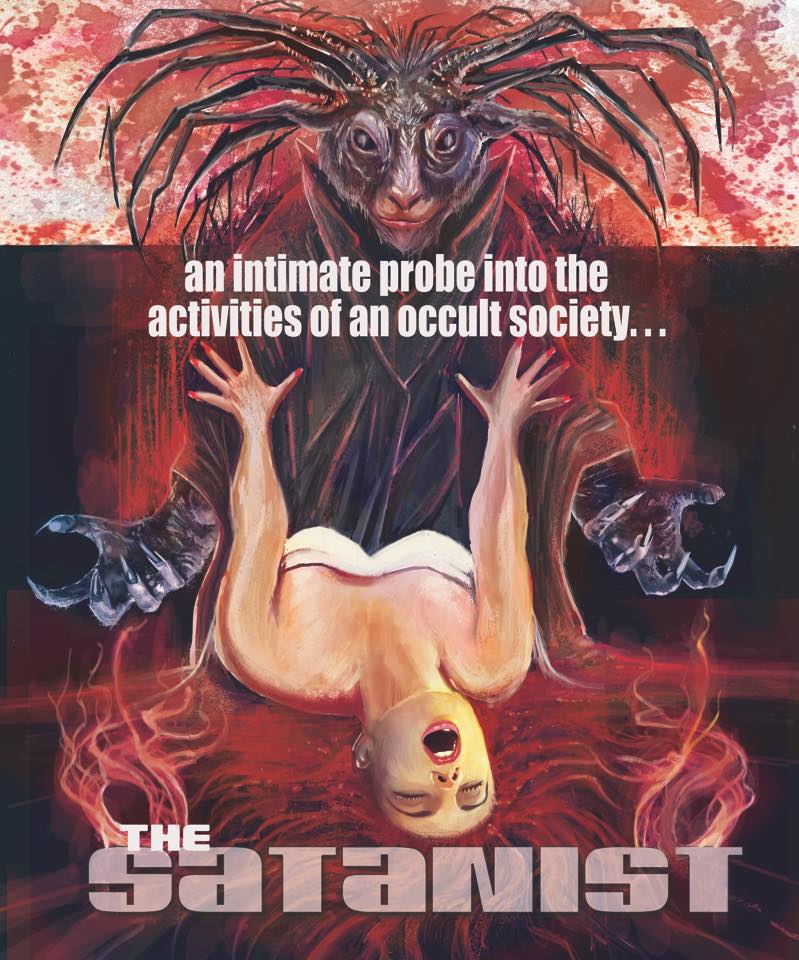 Some awesome new streaming and Blu-ray releases headed your way have SUPER COOL ARTWORK by ME!

I really have no idea how I manage to squeeze all this stuff in, but I do it.  I’m probably the most proud of THE SATANIST, which is my latest Garagehouse Pictures Blu cover.  This is for an almost never-seen weirdo black and white cult sex-horror film, which must be seen to be believed, hauled out of obscurity by Harry Gurerro and the nutty boys over there:

Next up, I did another one for Charles Band.  This is also a pretty obscure flick, which I and some fun with the art and design on:

I also did this cool art remix poster for Charlie’s HAUNTED HOLLYWOOD series.  Wild, huh?  How many classic posters can you spot in my design?  Also had great fun painting the various faces of classic horror stars: