Yes, this is my official contribution to the legacy of STAR WARS.

Well, not exactly official . . . but damn cool, and super important.

I created this poster in early 2016, as the dedicated STARS WARS fans of Team Negative One completed their 3-year restoration project of the original 1977 film, taking an old print and painstakingly digitally restoring each and every frame.  Since Lucasfilm and Disney won’t give us the films as they were originally made, it’s up to the FANS.  And boy does this version rock!  It looks and sounds just like you’re back in 1977 watching the original film!

I am proud as hell to be a small part of this noble home-grown project.  My art and design was done for Team Negative One in two configurations, one as a poster and another, PICTURED BELOW, as the BLU-RAY sleeve version, which is available for the fans to print out and put on their very own copy of the restored film, which is available of course for FREE to anyone who wants it! 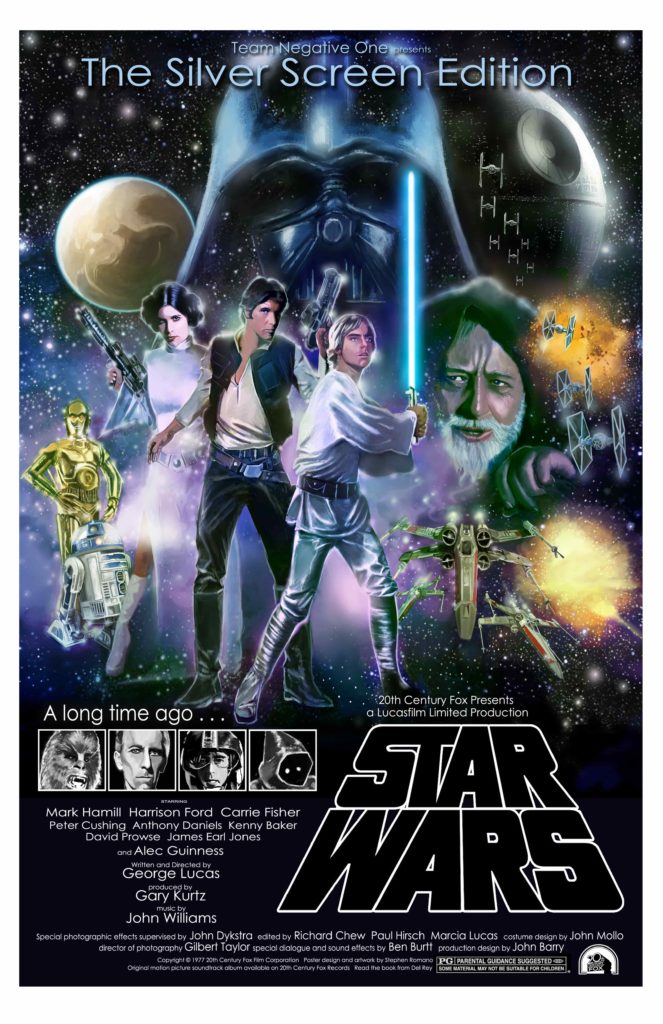 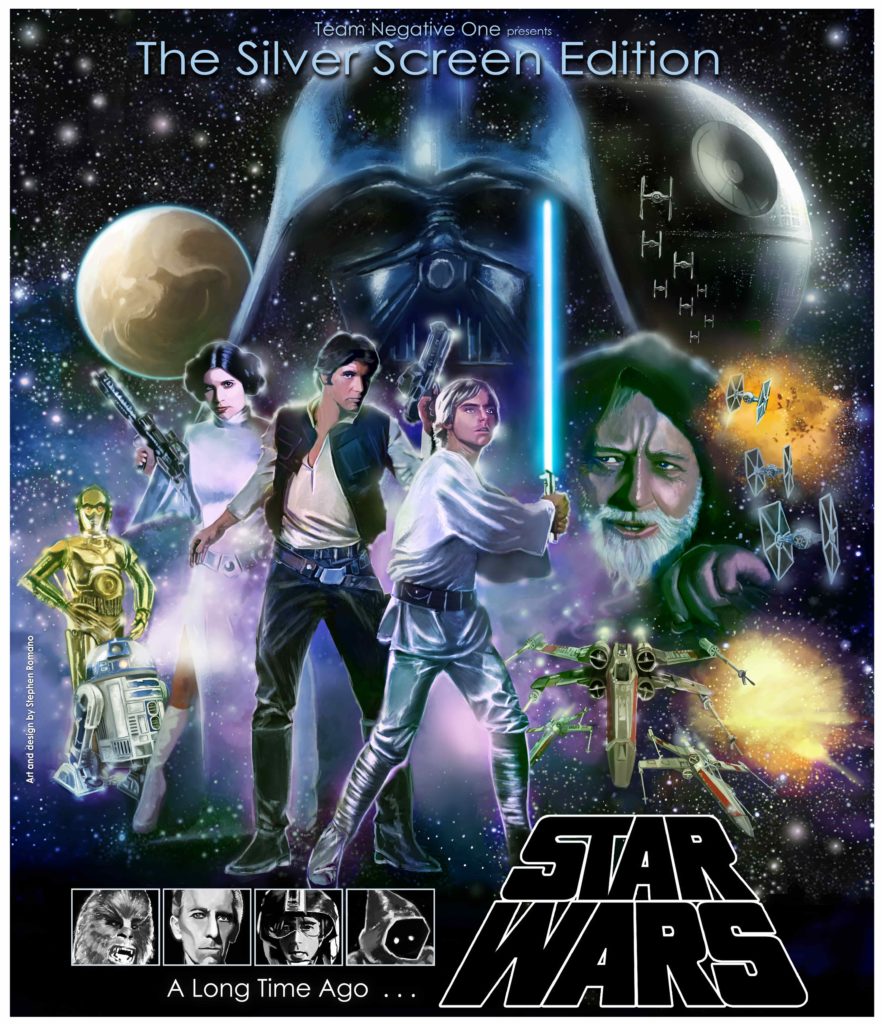